Just so you know who’s behind this site …

I’m a native of Ayr, the birthplace of the poet Robert Burns. That’s about all we have in common. Like so many others, writing songs and posing with a guitar were my chosen (and only) routes to social acceptance as a teenager.

I’ve been writing songs since I was 16. My inspirations then were the folk-rock-psychedelic singers and bands that clustered around the Island Records label in the early 70s.  I’ve written about a lot of them on this site.  Although I played my songs here and there, it wasn’t until I moved to Edinburgh in 1990 that I took it seriously. That period of writing, recording and networking laid the foundation for the albums that followed and for many of the songs I still play.

I also dabble in instrumental music. I love Fripp and Eno’s soundscapes and have created many of my own from that inspiration. Recently I’ve learned to read and write music and have been studying classical composition styles and orchestration. 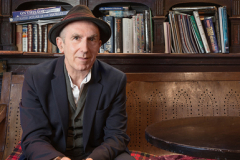 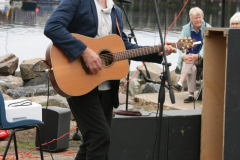 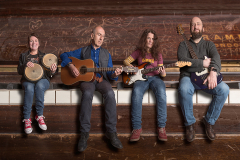 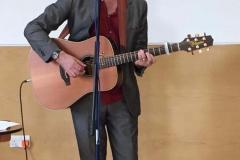 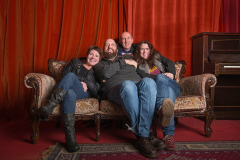 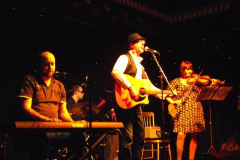 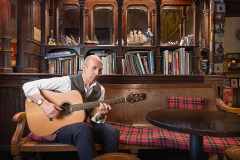 I’ve worked with many more skilled and talented people as band members and producers, and come up with quite a few albums starting in 2004 with The Wolf Who Snared The Moon. For the last few years I’ve gigged and recorded with Norman Lamont and the Heaven Sent. You can get a taste of that band here.

My last album was an acoustic one in 2019, Ten Objects. I fulfilled a promise to subscribers to my mailing list that I’d release a new fully arranged and recorded song each month in 2020. Now I’m working on a new album, Turn, with the Heaven Sent for release in 2023.