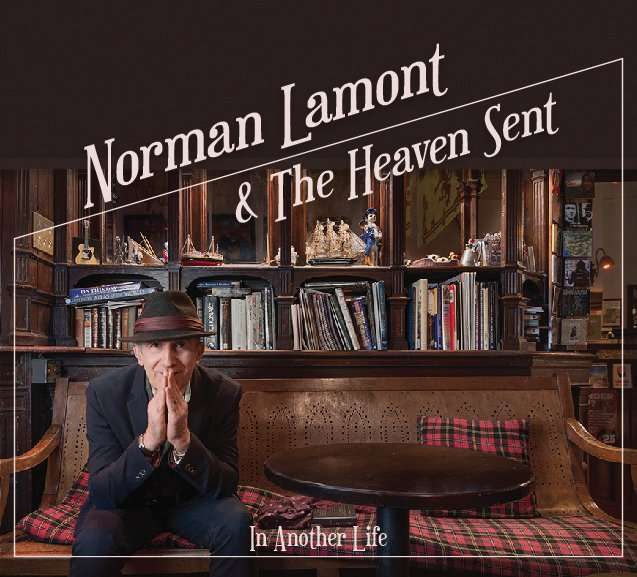 In Another Life is the first album by Norman Lamont and the Heaven Sent. It’s an instantly accessible collection of acoustic-based songs, full of catchy melody and wry humour.

If you like a beautifully presented CD, you can get it here.

Some of the greatest, most effortless-sounding albums were a weary long trauchle (to use a Scots word) to make. To take one example, Fleetwood Mac’s Rumours took over a year, and yet sounds to this day as if the whole thing happened spontaneously over a sunny LA weekend. Apparently they took three days just to agree over the tuning of a piano; only Christine McVie’s classic song ‘Songbird’ was done and dusted in the course of a night, and that took a truckload of champagne to get it over the line, so the story goes.

Of course, the French Prosecco was kind of the least The Mac were doing in the course of the Rumours sessions; and then there was the small matter of them all breaking up with each other at the same time. In comparison, and with all due respect to their rock n’ rollness, I can’t really imagine Norman Lamont and the Heaven Sent using much more than a strong brew of Tetley’s during the making of In Another Life.

According to the man himself, the original intention was simple – create an album using a small multi-track recorder in a living room, with the whole band playing live, and minimal overdubs. That, however, was in late 2015, and over two and a half years later, at least three different recording spaces, a producer, a cover designer, and a pro master wizard later, the album is finally, officially out. And yet it sounds effortless!

Norman has described the overall style as ‘pop,’ and I guess, in some ways, it may serve as the gateway drug to some of his darker material, such as ‘Fingerpuppet,’ or ‘The Last Man to Touch You,’ on the album before this, All The Time in Heaven. Nevertheless, bright and breezy folk-rock like In Another Life’s opener, ‘End of Tears,’ is hard to make sound as effortless as this. Similarly, the way Norman leans into ‘Well, I’m the type of guy…’ on the next track, ‘Green Lights All The Way,’ sounds as easy as the narrator’s lucky life, but, as I can personally testify, it takes talent – and time – to sound that easy.

Throughout, Norman’s intention to get things as good they can be shines through. ‘The Ballad of Bob Dylan’ is probably the song Norman’s known best for: but here it gets a radical treatment that keeps the core shaggy dog story front and centre whilst mixing up pace and instrumentation all around it. A modern classic!

Whilst the overall sound is what I’d describe as folk rock, or maybe acoustic rock, there are a couple of departures: the jaunty spirit of ‘In Another Life,’ is such an earworm that I can forgive him for reggae, one of my least favourite genres; and ‘Damn Grey’ and ‘Goodbye Song’ both exhibit jazz influences.

The other highlight, unsurprisingly to long-term Norman-watchers, is his facility with words. The music may sound easier than it is, but the lyrics are at all times smartly turned out, and on occasion have a hidden bite. ‘You Made Me Do It,’ with its refrain of ‘You made me this way,’ leaves the listener in no doubt who the narrator holds responsible. In another context, ‘Damn Grey’ deals with the weighty topic of depressive illness.

Favourites? Surprisingly perhaps for a fellow devotee of the Cohen/Cave dark axis, I’m really drawn to the upbeat stuff! Those sly vocals in ‘Green Lights All the Way,’ with its earworm of a tune, for example. ‘End of Tears,’ is another stand out.

Incidentally, if you go through Norman’s website to sign up for this, you get an incredibly generous package of stories behind the songs, videos, and bonus tracks. Strongly recommended, it emphasises the care, love, and sheer blood sweat and tears went into the making of the album.

It’s just that it sounds so effortless.

Andrew C Ferguson is a songwriter, member of Isaac Brutal and A Tribute to Venus Carmichael, and author of The Wrong Box. This review originally appeared here.