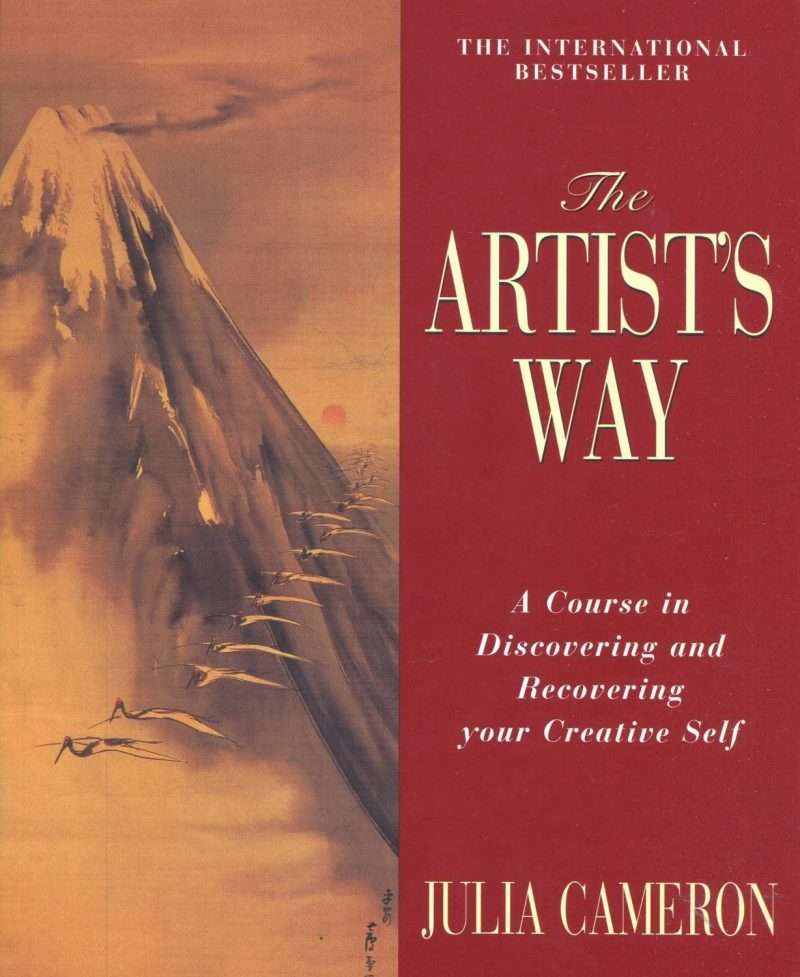 This week I’ve decided to revisit Julia Cameron’s The Artist’s Way. I worked through at least half of it well over twelve years ago, writing in a cafe on the way to work in Edinburgh. I found the self-examination quite useful and the morning pages (write three pages of anything as long as it’s three pages) a great brain dump, getting worries and obsessions out of my head and onto a page, where they looked finite. I could then get on with my day. I hardly ever looked back at them.

Over the years since then I’ve often returned to that particular practice, with variations such as following writing exercises from another book, or just writing three pages of potential lyrics no matter how banal or badly structured. I fully get that in order to be any kind of artist you have to be a bad artist first.

Following the prompt of someone I met last week I decided to go through it again. Coming up to the release of my next album, I feel the need to have a handle on my emotions about putting it out there. Already I’m assailed mentally by the whispers:

And so on. It’s a mental game and I know it well and how to give them their moment in the sun and then just get on with it. But at times like this, when I feel I’m doing something risky, it’s more important to understand who you are and why you’re doing this.

It’s even hard for me to admit to reading a book with a title like The Artist’s Way. In my family and the family I’ve married into, the idea of even calling yourself an artist is somehow suspect, pretentious, embarrassing. Maybe it’s a Scottish thing, I don’t know.

Re-reading the start of the book, I find I notice a lot of cosmic ‘woo’ that I don’t remember from before, stuff like affirmations ‘Creativity is the Creator’s will for me’. That’s not my type of spirituality. But the nuts and bolts: the writing exercises, the morning pages and the artists’ date (where you give yourself 1-2 hours a week just to enjoy something inspiring – the hardest bit to achieve) are sound.

What’s changed since last time I did it? Quite a lot and all for the better.

I have to sell

Having an album out costs a lot of money, as does marketing. Sure, the argument goes, but other people have hobbies like golf and cars, which they spend lots of money on. This is just your hobby, spend and don’t expect anything back but the pleasure. We’re a long way from the days of selling albums to make a living, but at the same time there’s nothing to beat the validation when someone actually buys an album, especially when they can hear everything free on streaming services. It’s not a transaction, it’s a gesture of support. So that’s what I have to aim for, overcoming the whispers listed above.

Why I need this

To give you an idea how crap I am at promoting myself and selling stuff, this is an actual conversation that took place after a gig at the Captain’s Bar, Edinburgh a few years ago:

Audience member: That was great. Can I buy your album?
Me: Are you sure?