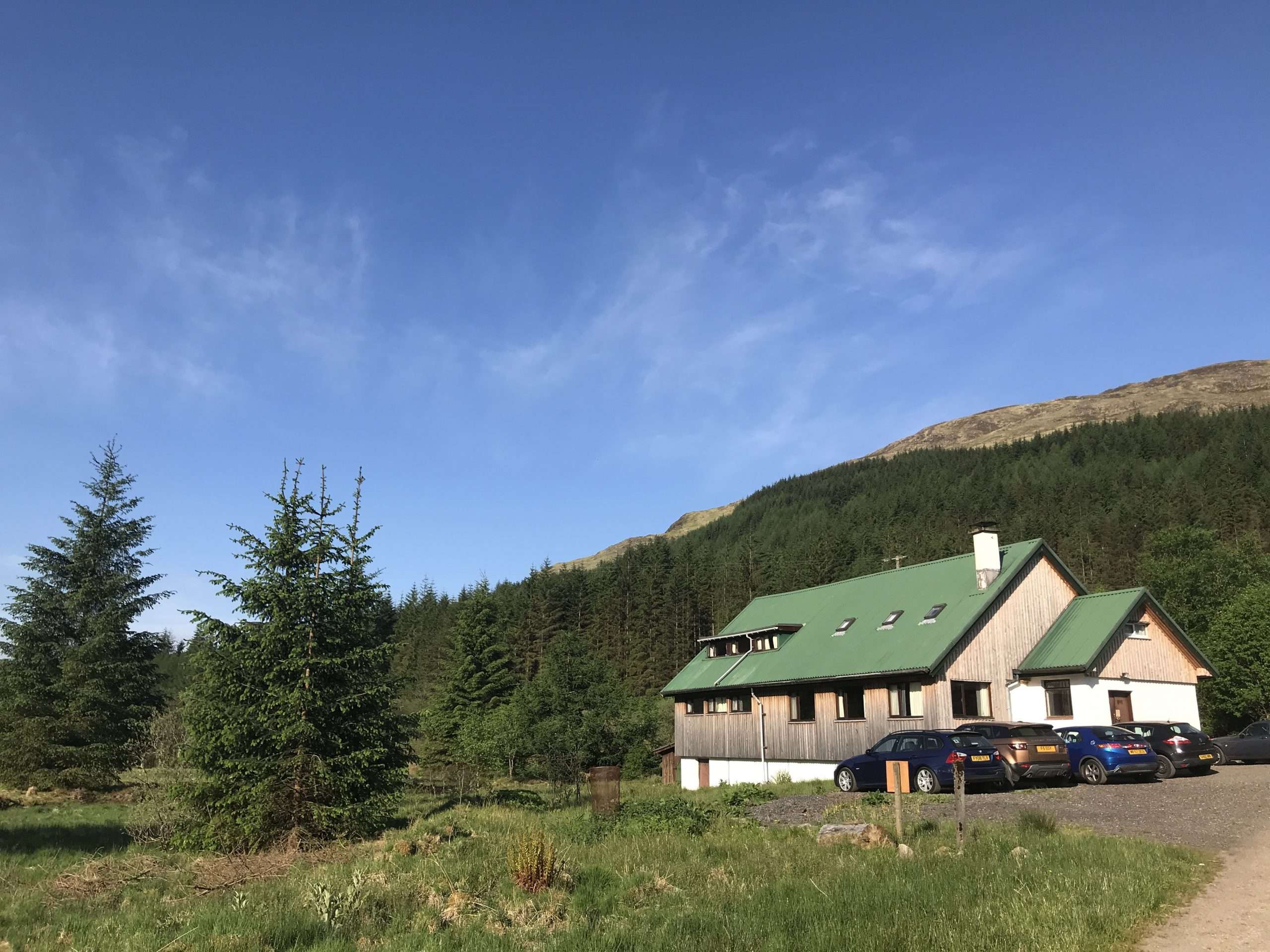 Put a small bunch of songwriters in a ski lodge in May with food, drink and recording equipment and what do you get?

Meet on the Lodge

I’ve never doing skiing. The Bridge of Orchy Ski Lodge was known to some of us who’ve attended parties there before. Last year Gerry Callaghan hit on the idea of using it as a songwriters’ retreat for the May bank holiday weekend. It was such a success he decided to do it again this year.

The only difference was to have less focus on video and more on writing, with recording sessions only for those who wanted them, or came up with something new over the weekend to record.

We put out invitations to friends – this wasn’t a public event – and got a few repeat signups from last year and a welcome influx of new faces. They were made aware that the accommodation was, well, basic, that there was no wifi and virtually no 3G coverage, and we would all be washing dishes and clearing up at the end.

We didn’t know the weather was going to be so brilliant – that was an unexpected treat.

The emphasis was on writing, and I used some of the exercises I’d learned on the Glasgow Songwriting Festival weekend last year to get us started. It was all about using restrictions to provoke creativity. Things like writing haiku, being given a restricted chord sequence and picking a title from a list. We also had guitar and handclapping exercises based on my Guitar Craft experiences and a session from Fiona Thom on performance and voice skills.

Live at the Lodge

Some of us who had recorded solo sessions last year were happy to sit back and form the audience to the newcomers, who each recorded a 20-30m set under producer Gerry’s watchful eye. There was a unique quality to recording this way. Unlike the studio, there was no micromanagement of individual verses or choruses, no separate takes for voice and guitar. It was a performance in front of an audience. But unlike recording a gig, the singer could start over again or do another complete take if they felt the need. You had the presence of an audience without a lot of the expectations that go with it.

Apart from the performances, of course, there was lots of jamming and exchanging of songs, the sorts of things that happen when musicians who like each other get free time in a beautiful environment.

The writing exercises gave at least two of us a couple of our best songs. These will be public in one way or another soon. Here’s a rather nervous first performance of mine, a few hours after writing. It will probably change and evolve if I take the usual ten years from writing to recording (I’ll be as old as Mick Jagger!), but it’s a good start:

A History of our Love in Ten Objects