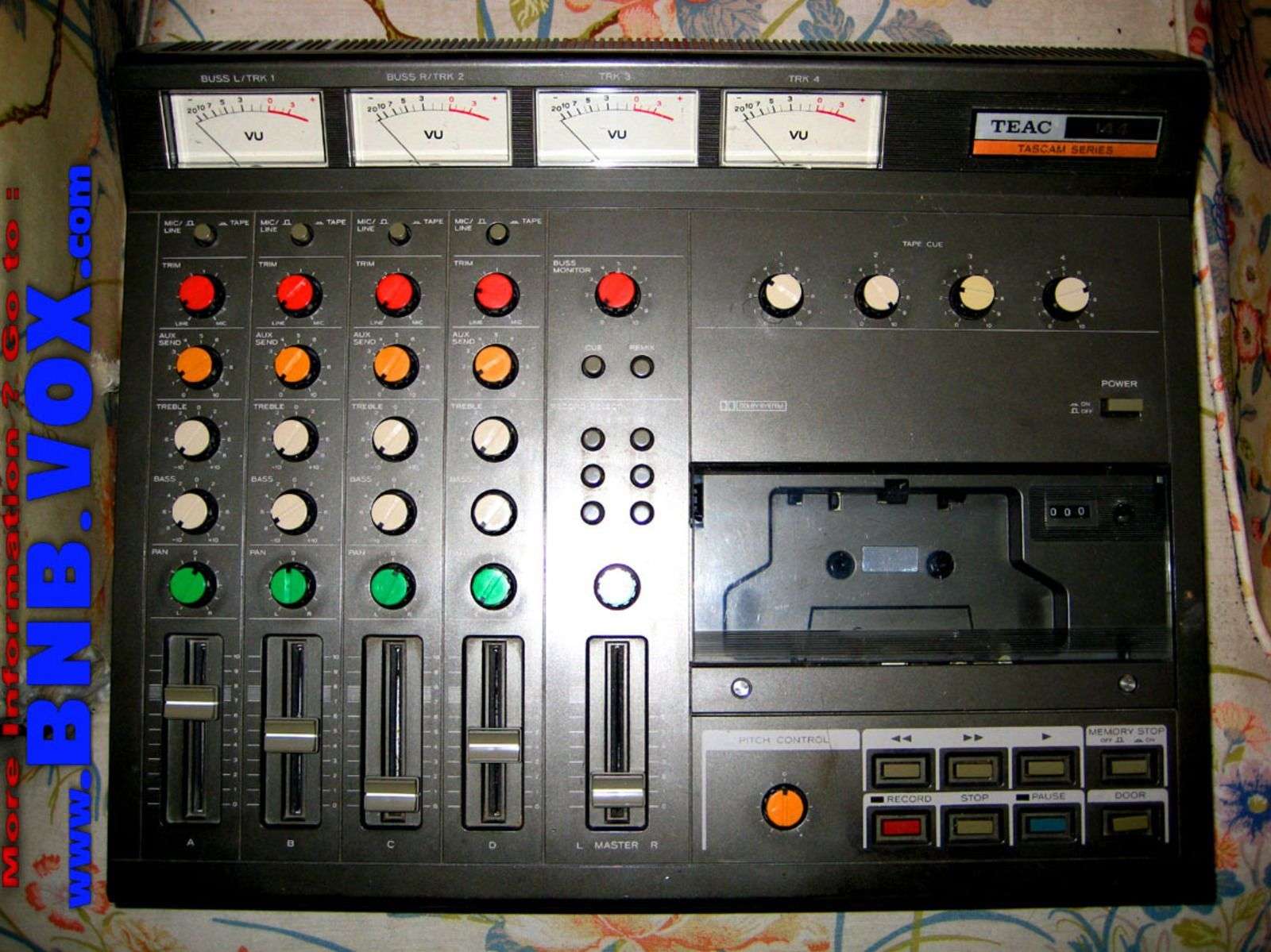 Continuing my long and winding road through music. How I found moved from Egypt to Manchester and found multi-track heaven in the Teac Tascam Portastudio 144.

At the age of 28 I was living in Heliopolis, a suburb of Cairo, and teaching English to working people in an evening school. This was my second stint there. I’d been there five years earlier, at the same school. In the intervening years I’d tried my hand at work in the mental health field, and even got halfway through social work training in Manchester. I’d come away from that without a social work qualification but with a wife-to-be. I’d reluctantly returned to English as a Foreign Language, taking a lucrative contract in Germany. When that ended my wife-to-be Madame Lamont and I decided to stay expat and accepted the offer of a short contract in Egypt.

My first spell in Egypt had coincided with a surge of optimism in the country. They’d shaken off their ties with the Soviet Union and embraced American investment and a peace deal with Israel that would return Sinai to Egypt. The youth and the middle classes were outward-looking, Bohemian and excited. Now, five years later, Sadat had been assassinated, the peace dividend had been secreted away by the upper classes and military, and people were disillusioned. Mubarak’s reign was just beginning, albeit with no suggestion he would ever become a tyrant. He was more a figure of fun – ‘La Vache Qui Rit’. Young people were beginning to look to the purity and rectitude of Islam as an antidote to the corrupt and tarnished American Dream they’d been promised. I was surprised to see some of the glamorous women who worked in the school five years ago were now wearing the hijab. ‘It means I can walk down the street without getting hassled.’ Things were changing.

Being in Egypt as a single guy in a community of young single people in an open and experimental Egypt had been exciting. Being there five years later at the side of a blonde, blue-eyed woman showed me different undercurrents – life was tense and watchful.

Sound on sound the hissy way

One thing that hadn’t changed was recording methods. I was delighted to find the school still used a cassette of songs I’d recorded with friends five years ago. We’d ‘multitracked’ by recording onto one ghetto-blaster cassette player then playing it back sitting by the mic of another cassette player, and adding harmonies or handclaps as it played. It was crude but it seemed as near as any of us would ever get to a recording studio.

One day a friend sent me a few music papers from the UK to keep up with the music scene. One was Melody Maker. I’ve no idea what artists or albums were in it, but the thing that caught my imagination was an advert for the Tascam 144 Portastudio. This was the first ‘home multitrack recording studio’. It used ordinary cassettes but was able to recording four separate tracks to be played back simultaneously and mixed. And by bouncing recordings from two or three tracks onto a free track, in exactly the way the Beatles built Sgt Pepper, you could do layer upon layer. It had a price tag that was just slightly below prohibitive – around £200 I think! – but my teaching stint in Germany had been fairly lucrative. We decided to return to the UK, enabling Madame to establish her career in social work and me to get my hands on one of these.

After a few months Madame got a job in Manchester and we moved there. The new model of Portastudio, the 244, had come out and I was able to find a second-hand 144 in a small ad in the Manchester Evening News. We had enough money left to assemble the basics of a multitrack studio – a mic and stand, a bass guitar, a drum machine, a Casio keyboard and a delay unit. Madame went out to work and I went into multi-track heaven. (Incidentally the Portastudio 144 found another fan in Bruce Springsteen, who used it to record his Nebraska album at home. It was meant as a demo, but became the final album.)

How I became a woman using varispeed

My first year’s efforts were, of course, dreadful: bad playing, drenched in delay and reverb, and way too many tracks bounced into a hissing stew of distortion. But gradually I got it under control as a songwriting tool and taught myself, by trial and error, to arrange songs without overloading them, to keep in time and to master punch-in recording to correct a particular phrase or melody line. One of the songs I first arranged on that Portastudio in Manchester has found its way, almost 30 years later, to a ‘professional’ recording on the new album. That’s Damn Grey. I’d planned to post here a comparison of the two versions but found I no longer have the means to transfer cassette tracks to the PC.

Instead I’ll leave you with a fun little track where I used the Portastudio’s varispeed function on my voice to record my version of a ‘dialogue’ song by Little Esther and Johnny Otis, released in 1950. I could slow down the track, sing a part, then return the track to its normal speed and I sounded like a woman. I learned the song from a cassette given away by NME. Ah, the days …