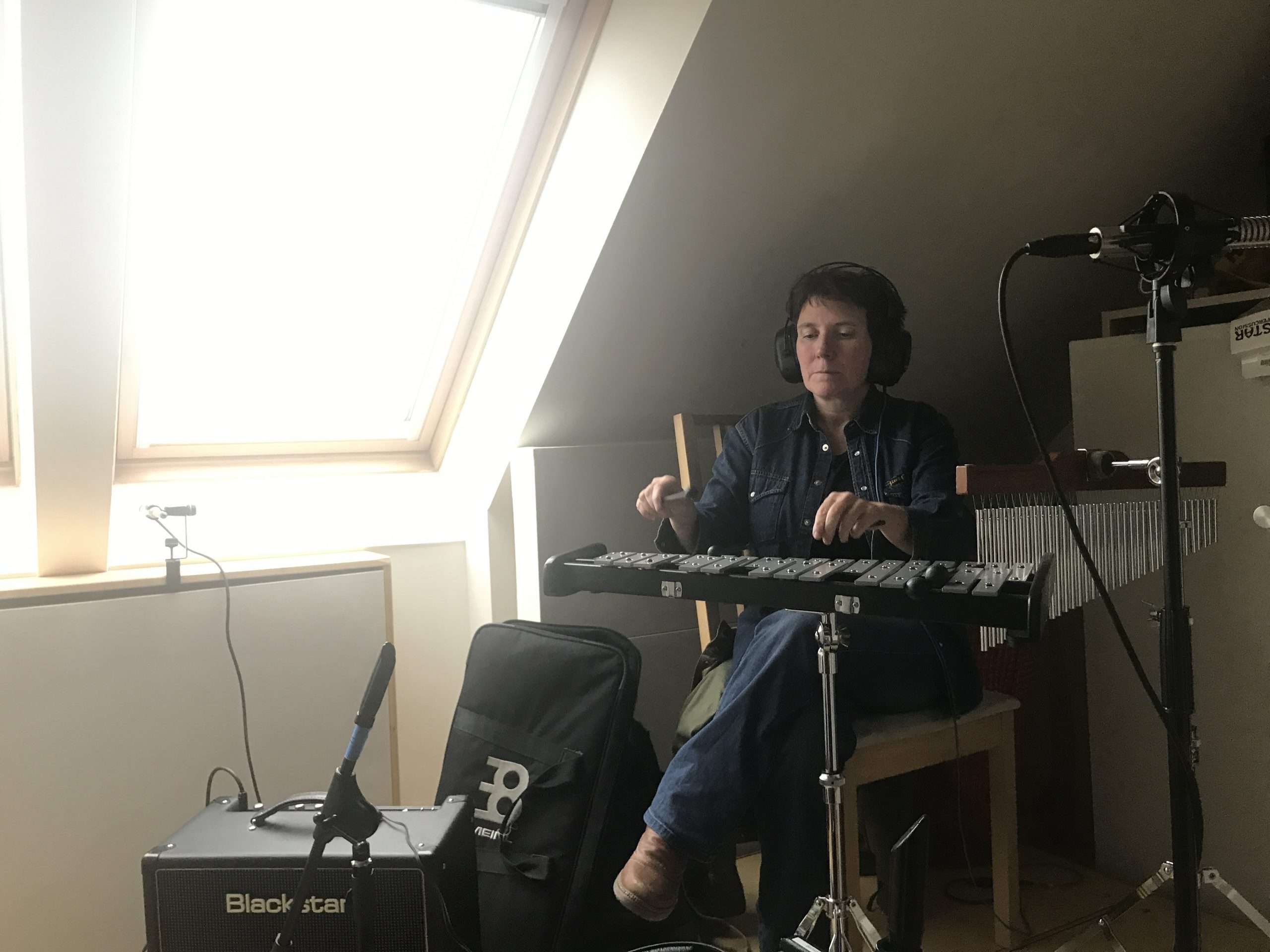 A couple of snippets from two days of recording percussion and electric guitars for our second album.

Suzy, Fi and me adding handclaps to She Wants Out. (If you know the song you can sing along in your head.) This scene was from a level check and I’ve grafted it onto a later mix – we did clap fully in time in the final session!

If you don’t know the song, here it is.

Suzy’s more than a drummer, she’s an orchestral percussionist. You wouldn’t believe the number of ways she can play a tambourine or a triangle. Here she’s adding some glockenspiel to a new version of Call Back Fall Back, working with producer Jennifer Ellen Clark.

Where are we up to now? Rhythm section and most guitars are done for eight songs. The next tasks will be to add vocals, which I’ll attempt to start between colds. Then backing vocals and any other instruments we decide to track to complete these songs. After that I want to choose two more songs from a shortlist of four. I hope the final album will be out in spring of next year.