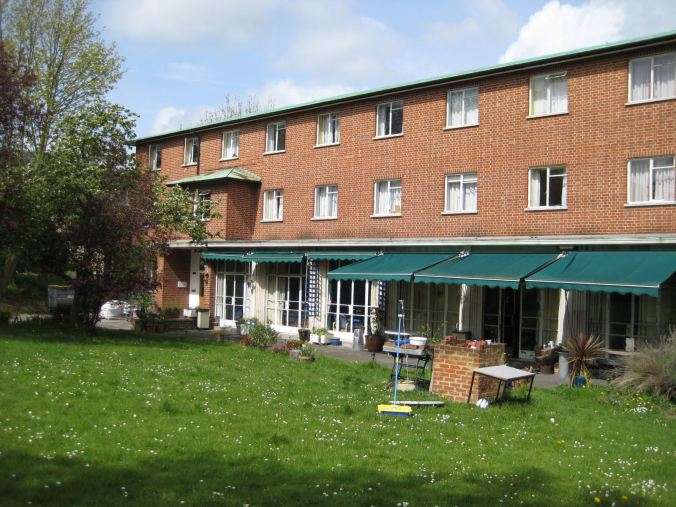 This is the story of the best accolade I ever received as a songwriter, and how I never thought I’d be able to share it with anyone.

From 1979 to 1980 I worked as a nursing assistant in a very unusual psychiatric hospital called the Henderson Hospital in Sutton, Surrey. Although it was an NHS hospital and not outside the normal medical model, its methods were highly unorthodox. The patient group (we called them residents) were young people – 16 to 30 as far as I recall – with the diagnosis of personality disorder; the term psychopath was used too, but forget Donald Trump – these were not grandiose narcissists or charming pathological liars. Most of them had been through years of psychiatry and the criminal services with little or no insight or motivation to run their own lives or reach more than a momentary level of happiness. Self-harm was regular, self-hatred just as regular. Many were referred there as a last resort, but the ones that were had to be able to articulate their feelings to a certain degree to be able to cope with the intense nature of the work done there.

The method was the Democratic Therapeutic Community – giving these people very real control and responsibility not only for their own treatment but even the running of the hospital. Potential residents were interviewed by an admission group where current residents outnumbered staff nine to three, so residents decided who got in. There was a maximum stay of a year but residents could be evicted by a vote of the entire community – about 30 residents and around 20 staff. Each weekday started with a 90 minute community meeting chaired by three elected residents, which would support, examine and challenge anyone who was having difficulties or causing difficulties for others. Of course the contribution of the psychiatrists (at least two present at each 9:15 meeting) or senior nurses would count for a lot but the secret of the place was that your ability to cope was built on the relationships you formed with your peers and your behaviour was judged by your peers, daily. Every action you took as a resident had consequences and in the year I spent there I saw so many seemingly hopeless drifters grow into mature and caring people – even leaders of people – just through having their own behaviour constantly reflected back at them. They had just never been given the chance to take responsibility for themselves or others and so many of them rose to the occasion.

A community meeting could be called at any time of day or night – for example for instances of self-harm, suicidal thoughts or violence. These meetings could set up an all-night support rota for someone, confront selfish or out-of-control behaviour, or could even put someone ‘on a vote’ for eviction.

No medication other than for physical ailments was allowed. No sedatives or psychotropics. No recreational drugs or alcohol were permitted on the premises, although residents had the right to go to the local pub as long as it did not result in ‘acting out’. Other rules above and beyond these ground rules were created and abolished by successive groups of residents. Each resident had their own private room and many couples formed and disbanded during their stay. There was no one-to-one therapy. The community meeting was followed by small therapy groups and, in the afternoon, optional art, cookery, sport and other activities. There was a squash court and space for badminton or volleyball.

I was an ‘ordinary person’

I had an intense year there. I was one of six people recruited each year who were not health professionals, called ‘social therapists’, whose value was just to be ordinary people to add to the mix, to give residents feedback on how they came across to us, and to support them at a level closer than that of a professional, but not quite friendship. Our voice was different from the psychiatrists, therapists and nurses but also from the residents, as we were not there to work on our ‘stuff’. It was especially intense for those few of us who lived in the nurses hostel just across the road, where the scrutiny and introspection of the work shift carried over into our own relationships – so ‘our stuff’ did get stirred a lot.

You can read a more detailed and eloquent description of the Henderson at Barrelblog, written after the hospital was closed, which brings us to the song.

Years after my time there I finally tried to condense some of my feelings into a song. While I was there the hospital had come within an inch of being closed down, and only a campaign to lobby MPs saved it. In my song the campaign had failed, and I imagined the day of closure and the feelings of the last residents. The blog post I refer to above describes the actual day of closure which came twenty years later in 2008; mine – Ballad of Blue Plastic Cups – was fiction. In 1988 I read of a song competition for ‘songs about the NHS’ and I entered this song on a homemade cassette.

A letter from Peggy

Some time after the deadline, when I assumed I’d hear nothing back, I was amazed to get a letter from Peggy Seeger, the legendary folk singer, activist, half-sister of Pete Seeger and wife of Ewan McColl, who was one of the judges. She said the song wasn’t appropriate for the purpose of the competition but described it as ‘breath-taking’.

Here’s her letter which I’ve treasured over the years.

(There was actually a follow up letter a month or so later from Leon Rosselson who was compiling the cassette. While he liked my lyrics he didn’t like the ‘sub-Dylan dirge’ of the music and asked if I could do a more up-tempo version. Which I did and sent off, but I never heard anything more about it. The uptempo version, with a different tune and chord sequence was, in hindsight, an absolute mess.)

Why have I waited until now to share this? Because I couldn’t remember much of the song and thought it was pointless to blog about it without the song being there to listen to. Then, one evening last week, in a box of old notes, I found the lyrics! So here’s a new scratch recording of the song, and the lyrics.

I have to say I’m not as enthused about the song as she was. Leon was right – it is a dirge. I’m not a fan of finger-pointing protest songs at the best of times, unless they’re done far better than this. But I do like the characterisations of residents, fictionalised but still recognisable to me.

It’s dedicated to the staff of the Henderson and the many brave souls who used the fire of their time there to forge a better life outside.

On the day of the closure we tidied the ward up, emptied the ashtrays and bins.
Had a last cup of tea from the blue plastic cups, looked at each other, couldn’t say much.

There was Albert the Twitcher and Billie the Kid, who threw up every night to keep thin.
Big Rob from Carlisle who never quite grew up but took care of anyone who needed him.

There was Jean who’d done time in Holloway last year, felt lost in a place like this.
And Nicky Tattoo who had jacked up with Clapton and sang the blues with his eyes tight like fists.

And we signed all the forms and some visiting doctor said this was a very sad day.
Someone said something about care in the community, for the sake of something to say.

But no-one broke windows and no-one cut up – no fight, no resistance at all.
No-one even cried, we just looked at the floor and the suitcases piled in the hall.

Sally just walked out, left half a cigarette and a cup with lipstick on the rim.
There was Nathan the Notebook scribbling away, don’t think there was much wrong with him.

Dr White accepted a post as a lecturer, that should keep him in gin.
The nurses were talking about where they’d been transferred, places even they would call bins.

There was Marco from Rome who gave us psychodrama, telling us to feel our rage.
But Johnny was good, he was the gardener, told us to act our age.

And I don’t say everything was all right, but just for once everything wasn’t all wrong.
Just a year of your life that sits like an island and won’t be carried along.

There were rooms for some of us in halfway houses, and the day centres, they were OK.
But I never believed there were so many people just falling apart day by day.

But Elsie got better, settled down with a teacher. Sometimes we still go for walks.
Graham got into Scientology or something, and he stares little holes when he talks.

The building was finally sold off to Barrats. Now it’s executive flats.
And I wonder what happened to all those others. I wonder if Johnny kept the cats.

Kenny jumped onto the Jubilee Line when his friend found he’d gone back to smack.
I saw it in the paper, how the driver lost his nerve, kept seeing that face on the track.

Claire got a minute in a TV documentary, then she just drifted away.
Andy got AIDS but he’s my best friend now, I go up and see him every day.

And we talk about those days as if they were schooldays, those people as if they were friends.
Just a year of your life that you wouldn’t wish on anyone, in a place you would not recommend.

And Nathan the Notebook – he got it all published in a charity one-off print run.
How the Health Authority balanced their books, and the unit cost too much to run.

Now there’s just the community – that means your family. If you haven’t got that it means you.
They closed down the unit in the name of efficiency – what else d’you expect them to do?