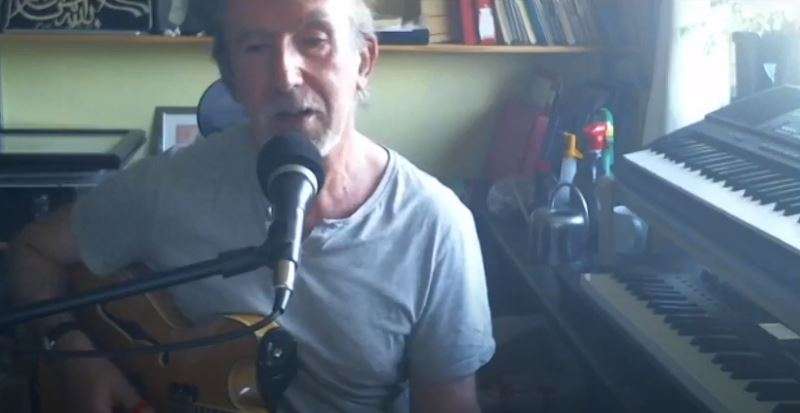 I asked on Facebook for requests before this session. I got one for a song going back to the 1970s which I didn’t even remember existed. And one for a cover version of an Arabic song which I learned from some Algerian students in the early 1980s. And like a trouper, I relearned them!

Cherchez is one I used to do during my first spell in Edinburgh, 1976 – 77. I’d play occasional pub gigs with Dave Christopher and flautist Willie Cameron. I’m saying this with more certainty than I actually have about this period. It was requested by Chas, whom I met that year on a course, and who’s stayed a friend ever since.

You Just Want The Thrill is newish and may be on the next Heaven Sent production. Lump Sum you probably already know from Ten Objects, if you’re familiar with any of my stuff.

Leili Tawil – My Night is Long – is a Moroccan song by Les Freres Megri in the 1970s or 80s. I was taught it by two Algerian students of mine when I taught English at Manchester University. I wrote an English verse for the middle section. It was requested by one of them, Abdelbaki, who has kept in touch via Facebook. He’s settled in the UK and I’m so glad to still have a connection to my favourite group of students from Manchester.