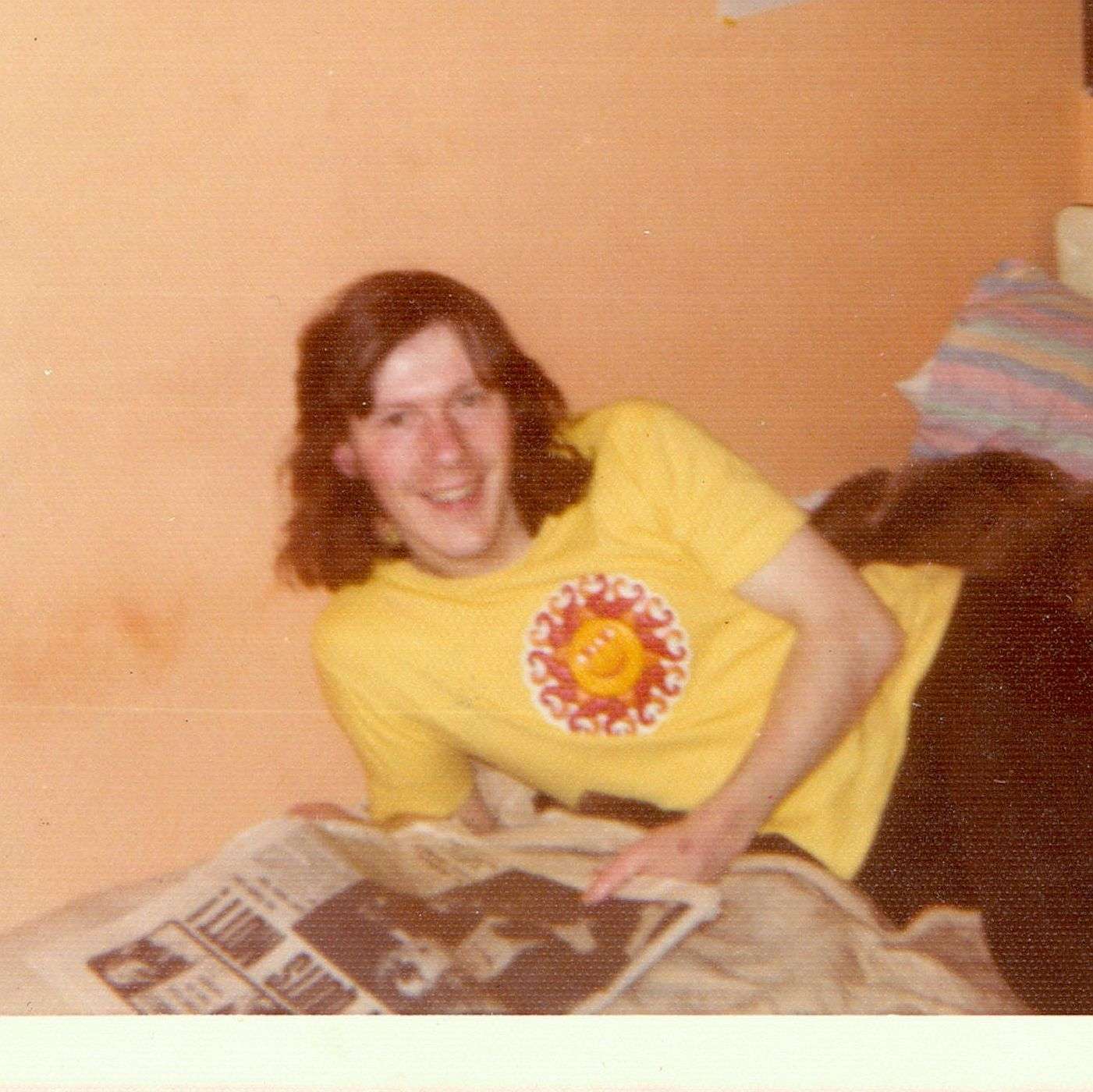 Dave Christopher was one of the finest songwriters to come out of Edinburgh. But you won’t find him on YouTube or Spotify. Until recently you wouldn’t find him anywhere online. Only a few cassettes and singles in the hands of friends. His life negotiated personal tragedy and challenges that few have faced, but towards the end he was working positively and optimistically with me and another friend to build a Bandcamp site where his amazing catalogue of songs could be available. He died at the end of February, but we’ll continue to collect as much as we can of his work. It deserves to be heard.

I met him back in 1973 in Glasgow when I answered an ad that said he wanted musicians for a band. We hit it off immediately with chat about the Incredible String Band and Beatles. Then he started playing his songs and I was captivated. Despite my lack of competence in any area of music he let me join the band and we rehearsed solidly for a year, twice a week. Dave told me that he and his brother had started one of the first Beatles cover bands – long before tribute bands – and the way he would build and arrange harmonies and dynamics showed how much he had absorbed from the Beatles. In fact to me, Dave WAS Paul McCartney. He would just pick up his nylon-strung guitar and, gazing into space make a few hardly-held-down chords (his speciality was ringing open strings), let melodies fly – soaring and unpredictable. That kind of easy melodicism and nonchalance about it was pretty much what I imagine McCartney to be like.

I’ve written elsewhere about the band (Window Bill). Dave’s life was punctuated by periods of severe illness and after one of those we found ourselves in Edinburgh and playing as a duo. We played at venues from the Waverly to the House of Fraser annual staff dance. After I left to go travelling, we were never again in a band together but I’d hear about his various bands when we caught up with each other.

I can honestly say that without his encouragement and example, I think songwriting would have been a passing phase for me, abandoned in my early 20s.

Here’s my slightly faltering attempt at the first song he played to me, and the one I always asked him to play when we met up later. Live with the band, it had guitars, bass, drums, two mandolins and four-part harmonies. Here, it’s just me on a dark evening, remembering my friend.

Dave’s Bandcamp page is a work in progress, but so far we have two albums – Don’t Label The Gift and his charming musical settings of Robert Louis Stevenson’s Child’s Garden of Verses – along with a few single songs.