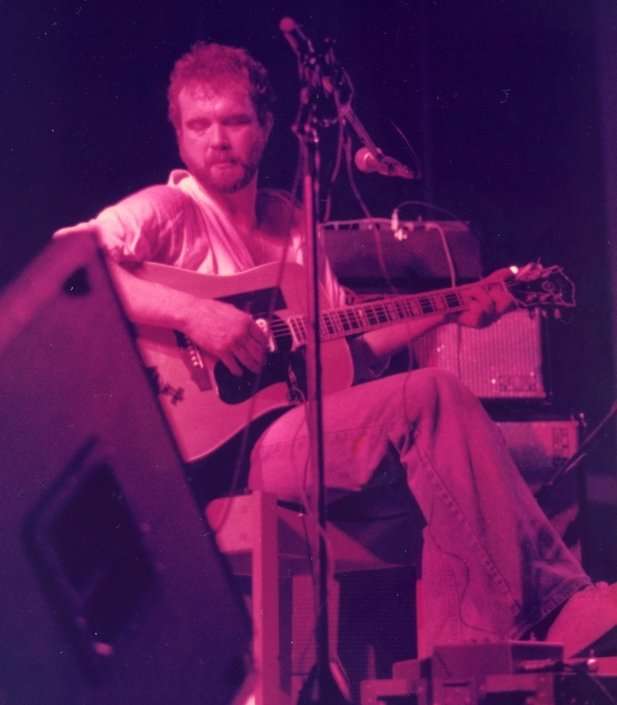 This is part of a series of posts about the musicians who’ve inspired me. Today it’s about the wounded giant that was John Martyn.

One summer when I was at Glasgow University, I worked lunchtimes in Glasgow’s first vegetarian restaurant, Gemini, on Sauchiehall Street. Sometimes after my stint I would stay and have a coffee with some of the regulars. One unassuming young man seemed to share, not only an interest, but an intimate knowledge of, a lot of the artists I loved at the time. We talked about Richard and Linda Thompson, John Martyn, Nick Drake, Fairport Convention, the Incredible String Band and John Cale. A bit into our second conversation it emerged that he was actually Linda Thompson’s brother, and regularly spent time with all these people in the Island offices and Basing Street studios. Some of what I gleaned was fan gossip, but reached me this way before it reached the music papers, our only source of information in those days: Richard Thompson was pathologically shy and had just embraced Sufi Islam. Nick Drake made Richard look like an extravert. John Cale and Nico were ‘scary’.

He had a particular soft spot for John Martyn. Martyn had just followed up his hit album Solid Air with the experimental and fan-scaring Inside Out. I learned that he was working on a more commercial, song-based album (it would become Sunday’s Child) but my new friend doubted if it would see the light of day. He said it was a wonder John Martyn could even walk given the amount of chemical abuse he gave his body. I was given a picture of a man of great warmth and heart, but prone to wild mood swings and vindictive behaviour, on a path of self-destruction. Thankfully my friend was wrong, and Martyn spun that path out for a few more decades.

John Martyn spent his childhood back and forth between Scotland and England, allowing him to use different personas when he performed in those countries. I saw him in Glasgow most times, where his stage patter was straight out of Billy Connolly, and often just as funny. He was every inch the drunken Glaswegian, rolling in laughter at the absurdity of the world. I would hear him on the radio introducing songs in a mock Cockney accent, and think he was putting it on for a laugh. It wasn’t until I saw him in England a couple of times that I realised that’s how he spoke – there! I often wondered what his ‘home’ accent was.

He was picked up by Island Records as part of their growing folk/songwriter roster, but his unique guitar style – unusual tunings and a finger slap back-beat – wasn’t enough for him and he started to augment it with delay pedals and distortion. When he changed his vocal style to a deep slur he had created the sound of Solid Air, the definitive John Martyn album, released in 1973. The way his voice evoked a saxophone wasn’t just evolution – it was a deliberate stylistic choice.

His career continued until – and past – his death in 2009, with 21 official studio albums released, as well as many live and unofficial ones. While many artists are ‘stuck’ by one masterpiece which they struggle to surpass, Martyn reached artistic highs with One World in 1977 and the raw emotion of Grace and Danger in 1980, following the breakup of his marriage to singer Beverley Martyn.

How I discovered John Martyn

I’d been aware of John Martyn as I gradually got into the Island Records roster, but more because I liked the album title Stormbringer, referencing a Michael Moorcock fantasy novel I was reading. A friend introduced me to Solid Air on its release. The entry point was the only solo acoustic song on the album, May You Never, but I was soon entranced by the late-night, smoky vibe that most of the tracks created. 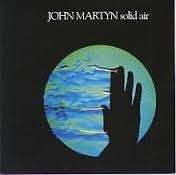 ‘Entranced’ seems an appropriate word for the mood evoked by Solid Air. It’s dark, it’s fluid, it’s hypnotic. It also has the best cover design ever, by Fabio Nicoli – I can’t think of any album cover that has so perfectly captured the mood of the music it contained, despite its almost literal interpretation of the title: ‘moving through solid air’. It’s a Schlieren photograph – a technique that captures movement through air or fluids, and used in aeronautical engineering. (Schlieren photography on Wikipedia )

The quintessential Martyn song is a recycling two or three chords with a slapping backbeat, over which the voice intones a repetitive melody. The repetition is what makes the magic.

Following this I went to every gig I could get to, including several by the classic combination of Martyn and bassist Danny Thompson, a pair of hell-raisers who were the perfect foils for each other. The comedy would go on until you thought they were never going to start playing, then they’d suddenly drop into a groove and the banter was forgotten as their dialogue became a call and response between Martyn’s rough play, the right hand almost grappling with the guitar strings and Thompson’s equally physical wrestling with the bass. All this as they stared at each other with the same intensity with which they’d been laughing only moments before. There’s a Martyn/Thompson concert video in the playlist below.

He put out a live album Live at Leeds, sold directly from home, a forerunner of today’s direct selling from artist to audience. It arrived from Hastings in a plain white sleeve with a hand-written ‘Love from John and Bev’.

How he influenced me

What did I learn from John Martyn and how has it influenced me? First and foremost was the percussive right hand guitar technique. Different people do this different ways – some do it with fingers, some with the thumb. I’m a thumb man. I use this style a lot. You can hear it on Come With Me and If I Could Be With You. Second was his use of pedals, and showing that distortion and delay aren’t just for guitar hero histrionics – they can be used to serve a song too. (There’s an interesting tutorial on Martyn’s Echoplex style at https://youtu.be/SDU0Et1xU5s)