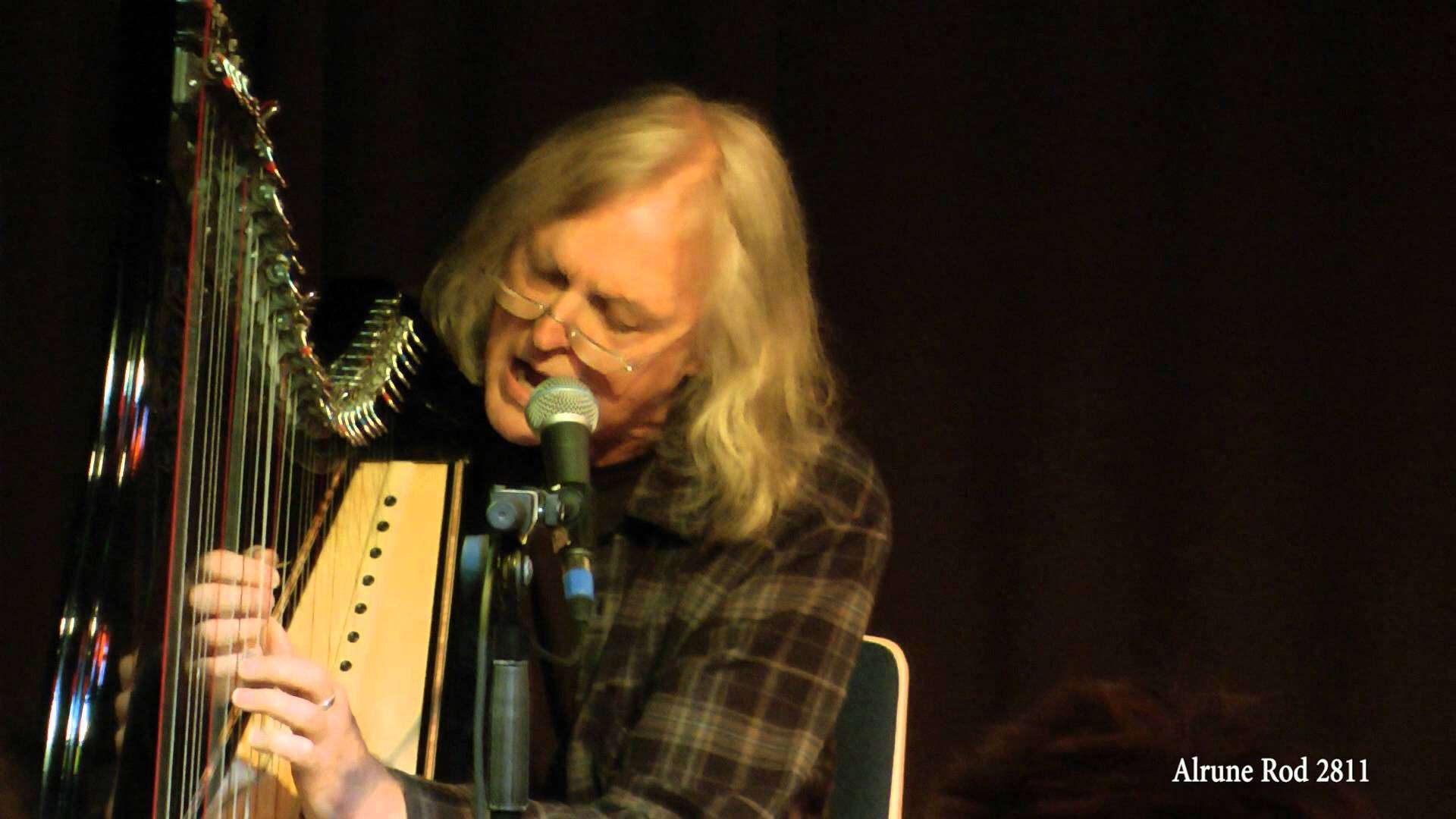 In a recent video I covered Robin Williamson’s Zoo Blues. In case anyone came away with the idea that Williamson just wrote funny skits, here’s a bit more about the man behind the Incredible String Band.

Where did that come from?

Robin Williamson seemed to burst fully-formed onto the Edinburgh folk scene in the early 60s. Most artists have an ‘imitative’ first period until they find their voice. Williamson’s may have been in the years he sang traditional Scottish, Irish, traveller and bluegrass, but judging by reports he was instantly acclaimed as a unique voice even then. But when you look at what he claims was his first self-penned song October Song you wonder where that came from. (”I’ll sing you this October Song, there is no song before it.”) It is probably his most popular song even now, although he rarely sings it. Soon after, this song from a little-known Edinburgh singer was much covered and attracted praise from Bob Dylan (”quite good” was praise from Bob Dylan).

Not only that, but he had quit the music scene completely after the recording of the Incredible String Band’s first album, going off to Morocco with his girlfriend intent on studying Arabic flute and smoking large amounts of weed. That might have been the end of his story, but it wasn’t long before he returned with a bagful of Moroccan instruments and the Incredible String Band as we known it – him and Mike Heron and a stageful of exotic instruments – really got going.

There was no doubt in anyone’s mind, including Mike’s, that Robin was the driving force. He would coax all sorts of sounds out of all sorts of instruments whether he could ‘play’ them or not – always in search of what hadn’t been heard before. He introduced what I called the ‘patchwork song’ – different melodies, keys and genres for every verse, sometimes every line. He tested the limits of his voice – keening, wailing, growling, sighing. Karl Dallas of the Melody Maker said he followed conventional scales ‘like birds follow traffic lanes’. 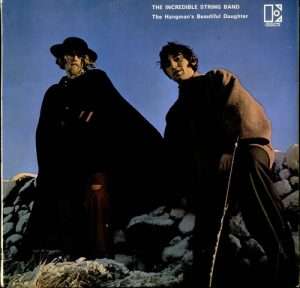 Mike’s undoubted talent flourished as a response to the challenge of keeping up with Robin. At the same time Mike provided a more accessible way into the String Band world. One friend described it as Robin being the balloon rising into the sky, Mike the string that that kept it within our reach.

Gradually he emerged, and probably saw himself, as more of a poet than a band member. When the String Band, under Mike’s growing dominance, became too mainstream, the tension between his muse and the day job got too much and he left acrimoniously, not for the last time.

He was a hugely charismatic individual during the 1960s, tall, blonde and other-worldly, striding through Glasgow and Edinburgh in robes and cloaks. Billy Connolly, Bruce Findlay, music manager and entrepreneur and Rose Simpson, String Band bassist, all described him as looking ‘like a god’.

For fans, while you could imagine having a chat with Mike Heron about your favourite bands, or guitar strings or radio programmes, you felt that if you met Robin you’d have to be ready to discuss the beauty of that tree outside the window, or Rumi’s poetry, or Robert Graves’ White Goddess.

The first time I met him after a String Band gig, I was tongue-tied by the direct gaze of those blue eyes, despite his being to all intents friendly and welcoming. It was an image he liked to puncture, with toilet jokes and Oor Wullie sketches onstage, but it stuck for the lifetime of the band at least.

After a period living in Los Angeles and touring with his Merry Band, a Celtic-classical mix, he returned to the UK and settled in Wales, where he still lives. He took up the Bardic role seriously, delving into Celtic storytelling, mythology and playing the harp. He published several books of poetry, stories and tunes for fiddle and penny whistle.  While in California, he even co-authored a thriller set in Morocco under the name Sherman Williamson.

For a while he seemed to be able to balance the depth and history of Celtic myth and spirituality with his own involvement in Scientology, but over the years the Hubbardisms fell away to nothing, leaving Williamson’s philosophy elusively centred on ‘the sheer unspeakable strangeness of being here at all’.

He toured constantly, on his own and with his second wife Bina, accompanying his songs and rambling stories on harp and open-tuned guitar.  Although his posters would have the tagline ‘formerly of the Incredible String Band’ he had a disregard, even a disdain, for revisiting his past, which persists to this day.

He changed a lot over the years. The exotic dress gave way to jeans and t-shirt, he put on weight and his voice became deep, hoarse and gruff, although always adventurous. When I met him again after a gig, the talk was not of Robert Graves but of Arts Council grants. He would politely steer away from any discussion of the past.

The Incredible String Band reunion of the early 2000s was a blip in this. At first it was a friendly but half-hearted affair, until Robin decided it would work – then rehearsals happened and a series of enjoyable concerts resulted. Equally suddenly, old tensions re-emerged and he left again. While there were many factors in this split, you got the feeling he wouldn’t have been able to sustain the nostalgia for long. Mike and Clive recruited other musicians and tried to maintain the band for a while, but without Robin it wasn’t the Incredible String Band. Since the reunion, Robin has been dismissive of any tributes or retrospectives.

In recent years Robin continues to push ahead, with a series of albums using free-jazz musicians on a mix of his own songs, traditional songs and covers ranging from Dylan to Motorhead. With weight loss, his face once again resembles the wide-eyed aesthete of the 60s, but with years of often hard experience etched into the lines. He plays intimate folk club gigs and more spiritual-bardic performances with Bina, always entertaining and always surprising. He seems like a man comfortable in his own skin and in command of a huge range of music and poetry from which to draw the right words and the right tone for every moment of a performance.

Perhaps a genius, certainly an innovator and a visionary.

What I learned from Robin Williamson

I can’t say you’ll find any obvious or stylistic resemblance in my music. You may find some trace of Mike Heron in what I do, but not Robin. Whenever I’ve tried to write a patchwork song as he would, it’s been lame and I’ve stopped it. But he’s inspired me in a few ways:

Related articles on this site

This is a personal view and a personal selection of tracks.  Do you agree? What would you have chosen? Any other good resources for people interested in Robin?