Kevin Ayers and Syd Barrett were the two most important people in British pop music. Everything that came after came from them.
(Nick Kent)

For six or seven years in the late 60s and early 70s, Kevin Ayers came to the brink of mainstream success. With his debonair English charm, deep wine-soaked voice and lost-boy romanticism, he’d have been in the tabloids daily and would now be regarded as a National Treasure. But every time success came knocking at his door, he escaped through the bedroom window.

I saw Kevin Ayers in 1974 in Glasgow, playing songs from Confessions of Dr Dream and the as yet unreleased Sweet Deceiver, his Island records. He did a great set, with classy musicians who (probably) included the stunningly melodic Ollie Halsall on lead guitar. What stays with me, though, was the encore. Ayers strolled on with his piano player and delivered a slurred, almost bemused, version of Marlene Dietrich’s Falling In Love Again. This performance, this song, summed up his whole image. He would later record it on a 1976 album, but the intimacy of the solo-with-piano version was lost.

The title of a 1983 track encapsulates Kevin Ayers – Champagne and Valium. There was the louche, floppy-haired ladykiller and the culturally superior, Mediterranean element. To a young man just beginning to widen his horizons beyond cold, grey Scotland, he was an inspiration.

Ayers was brought up in Malaysia after his mother remarried. His father was a radio producer (who eventually went on to  produce BBC’s Old Grey Whistle Test).  At college in England he joined bands with Robert Wyatt and Hugh Hopper; these musicians who went on to form Soft Machine were, along with the ones who formed Caravan, the centre of the explosive Canterbury music scene. Adding Daevid Allen and Mike Ratledge, they formed the first lineup of Soft Machine, got a record deal in 1967 and became regulars at the UFO Club and the upcoming British psychedelic scene. Ayers was the bassist, and shared contrasting vocals with Wyatt.  Exhausted after a US tour supporting Jimi Hendrix, Ayers and Allen retreated for the first of many times to Spain, where Ayers started writing songs for solo albums. Touring first as a member of Gong, then with his own band, Ayers was encouraged by Harvest Records to pursue a solo career.

His deep chocolate voice and languid, failed romantic image carried him through three moderately successful albums, Joy of a Toy (1969), Shooting At the Moon (1970), Whatevershebringswesing (1971) and Bananamour (1973). He was always surrounded by edgy, sophisticated musicians like Andy Summers, Mike Oldfield, saxophonist Lol Coxhill, composer and arranger David Bedford and guitarist Ollie Halsall. As much as Syd Barrett-style psychedelia, he channelled Noel Coward – a very posh, English charm. Harvest gave him leeway to be as eccentric as he wanted, but his songs – and his image – were approachable enough to build up a reasonable following.

Kevin Ayers’ talent is so acute that you could perform major eye surgery with it.
(John Peel)

Peel wasn’t the only one to think so, but according to Bernard McMahon of Lo-Max Records (the last label Ayers was with), Ayers himself was plagued with insecurities about his abilities and had to be practically forced into the studio.

He was picked up by Island Records who put some considerable budget behind him, trying to make him a star with guests like Elton John and Nico, but as usual Ayers was hard to pin down, and reluctant to get too involved with the music business. He’d do what he had to do, then take himself off to France, Ibiza or his retreat in Deya in Mallorca, to enjoy the wine and sunshine and perhaps to escape the ‘starmaker machinery’.

Island did their best to push him to the forefront, having him headline a series of concerts with Brian Eno, John Cale and Nico (”the CSNY of decadence” someone dubbed it). The ACNE (Ayers, Cale, Nico, Eno) live album features some of Ayers’ finest songs with a great band. But again Ayers felt he was being put into someone else’s rock star silver suit and wandered off.

Biographers and friends seem to differ on whether this was a determination to protect himself from commercialisation, or just a chronic lack of confidence. The two Island albums Confessions of Doctor Dream and Sweet Deceiver didn’t please Ayers or the public enough to keep him there.

Back with Harvest in 1976 he put out Yes We Have No Mañanas, a sunshine-drenched collection which he felt represented him better. 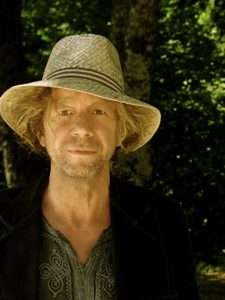 The music business soon despaired of his lack of ambition (and lack of compliance) and Ayers holed up in Spain where his indulgences slowly turned to addiction. During the 80s and 90s he put out the occasional album on indie labels. As his commercial star faded, his reputation as an inspiration for other artists grew, and in 2007 admirers such as Teenage Fanclub and Phil Manzanera of Roxy Music contributed to The Unfairground which was well received  if not a big seller.

That album was a celebration of Ayers by his long-standing fans in the music industry, and pulled him out of the life of a recluse in the south of France. There he developed a friendship with an American artist, Timothy Shepard, who encouraged him to develop bits and pieces of songs he’d toyed with over the years. Shepard became the driving force, getting Ayers a record deal with Lo-Max, and linking him up with producers, a horn section, and recording in New York and Glasgow (with members of Teenage Fanclub, the Trashcan Sinatras and Gorky’s Zygotic Mynci – all fans and all willing Ayers to succeed.  Musical partners from the 70s like Manzanera, Robert Wyatt, Bridget St John and Hugh Hopper all joined in.

There’s no official biography but a book of tributes to him by family and friends shortly after his death (affiliate link):

One of my favourite Ayers songs, on Old Grey Whistle Test, with lovely fluid bass by Mike Oldfield and the unique Lol Coxhill on sax.

A compilation of live footage from the 70s.

The title track from his 1972 album, reckoned by most reviewers to be his best.

Everybody’s Sometime and Some People’s All The Time Blues

(Ayers had a way with titles!) Mike Oldfield enhances this one too, on guitar this time, from the ACNE concert.

This, from his 2007 ‘revival’ album Unfairground, shows he hadn’t lost his touch.