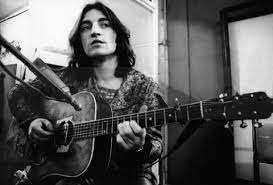 I’ve written a lot here about the Incredible String Band, including fairly detailed posts about Robin Williamson and about Mike Heron’s Smiling Men album. Here I’ll take a look at a few Mike Heron destinations to which you might choose to trust me to guide you. Like his bandmate Robin Williamson, his unpolished voice can be a barrier for some people, but get past that and there’s a wealth of great music to be appreciated.

They were rarely anything less than brave, inspired, and profoundly weird. (Andrew Gaerig) 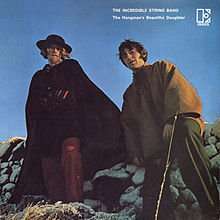 Widely regarded as the Incredible String Band’s masterpiece, their third album is dominated by Robin Williamson, featuring only three Heron songs alongside seven of Williamson’s. But it’s Heron’s A Very Cellular Song that most captures the spirit of the band and, some would say, the times.

“Weaving between styles as divergent as Bahamian funerary music, East Indian incantation and ancient Celtic mysticism, A Very Cellular Song represents a high point in the band’s creativity and surely influenced a host of others including Led Zeppelin, the Who and Lou Reed. Handclaps, kazoo, harpsichord and pipes intermingle and morph into each other. If this sounds like dissonance and chaos, it is. However, it holds together and in the end conveys a powerful range of human emotion through pain and joy and back again.” (Dan Lander in Music is Rapid Transportation – not sure about Lou Reed but hey. The influence on Robert Plant is well documented and evident throughout his career.)

The Incredible String Band: Wee Tam and the Big Huge (1968) 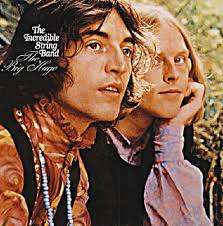 Released in 1968 as both a double  and two single albums, this is regarded as highly as Hangman’s, but it’s a very different album: less experimental, less multi-tracked, more pastoral and folky. Of all their albums it offers the widest Williamson/Heron contrast, with Williamson taking songs for long poetic meanders through clouds of myth and childhood. Heron’s songs – Puppies, Log Cabin Home In The Sky, You Get Brighter, Air, The Greatest Friend, Cousin Caterpillar, and Douglas Traherne Harding – are rooted in folk guitar and simple chords, and the imagery of earth, home and nature. They exude happiness and warmth. It was of this album that a friend of mine said Williamson was the balloon rising into the clouds, and Heron the string keeping it attached to the earth. 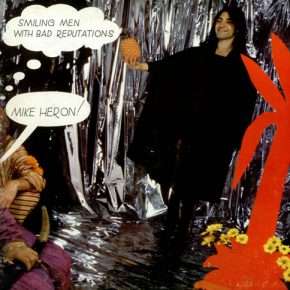 This was Mike Heron’s first solo album. A shock for the String Band’s folkie/hippie audience, it saw Heron unleashed as a rock singer, but only on a few tracks. Others wouldn’t have been out of place at that point in the Incredible String Band’s career. The rock tracks are the best, however. It was one of the great 60s guest star albums. Feast of Stephen has a sumptuous John Cale arrangement.  Warm Heart Pastry sees Pete Townshend and Keith Moon (credited as ‘Tommy and the Bijoux’, with Ronnie Lane on bass) having the most fun they’d ever had outside the tensions of The Who. Some of Townshend’s best guitar ever.  My full review here. 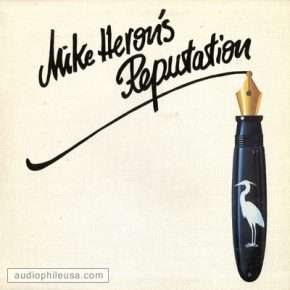 After the breakup of the String Band, Mike attempted a mainstream rock band, Mike Heron’s Reputation, which produced two albums. The first was built on his tracks from the album the String Band were working on when they split, augmented by session players. It’s very light and accessible, inspired by Buddy Holly in particular. The followup, Diamond of Dreams, got mired down in over-fussy prog arrangements.

After another album  in 1979, Mike Heron, failed, he went into a long period of withdrawal from the music business, writing for other artists and aiming for publishing success. Only one of these – a weird 1979 Manfred Mann’s Earth Band cover of Don’t Kill It Carol from Diamond of Dreams – was anything like a hit.

In the early 1990s he put together a small band of excellent musicians who lived near him in the Scottish Borders as Mike Heron’s Incredible Acoustic Band. There were no traces of psychedelia or musical exotica here, only concise, well-arranged songs drawn from the news, history and literature. This band took part in the first reunion with Robin Williamson in 1997, and produced a good album Where the Mystics Swim, but were later dropped in favour of the reformed original lineup of the Incredible String Band with Williamson and Clive Palmer. When that broke up, Heron kept a low profile, but a 2009 tribute concert to the String Band brought him together with upcoming folk-rock band Trembling Bells, with whom he has continued to collaborate and tour. They are joined by his daughter Georgia Seddon, a skilled multi-instrumentalist, singer and arranger.

I stumbled on this recent track of Mike revisiting a couple of his songs with Trembling Bells but can’t find any more about whether it was part of an album.

Echo Coming Back  A compilation from several albums Heron released after the Incredible String Band – in other words, most of his career. They range from the mainstream country-rock of ‘Mike Heron’s Reputation’, through the home-produced demos on the Glen Row Tapes to his short-lived but excellent Incredible Acoustic Band of the 1990s

Where the Mystics Swim, the Incredible Acoustic Band’s album, released then re-released a few years later in new packaging, seems to be a rarity, commanding high prices.

Conflict of Emotions is a collection of home recordings and intimate solo tracks, meant as demos, showing the range of Heron’s songwriting.

You Know What You Could Be is Mike’s well-received account of his dual life in 1960s Edinburgh as a trainee accountant and would-be beatnik. It’s credited to Mike Heron and Andrew Greig but Greig isn’t a ghost writer. Just over half the book is Greig’s account of his would-be Incredibles clone band from Fife trying to get a foothold in the late 60s music scene. Both sections are a pleasure to read and the consensus from reviewers was that another Mike Heron autobiography would be very welcome. When I met him at a book signing he said he’d already started.

OK this is my highly subjective take – if you were trying to introduce a friend to this music what would you choose? Add it to the comments below!