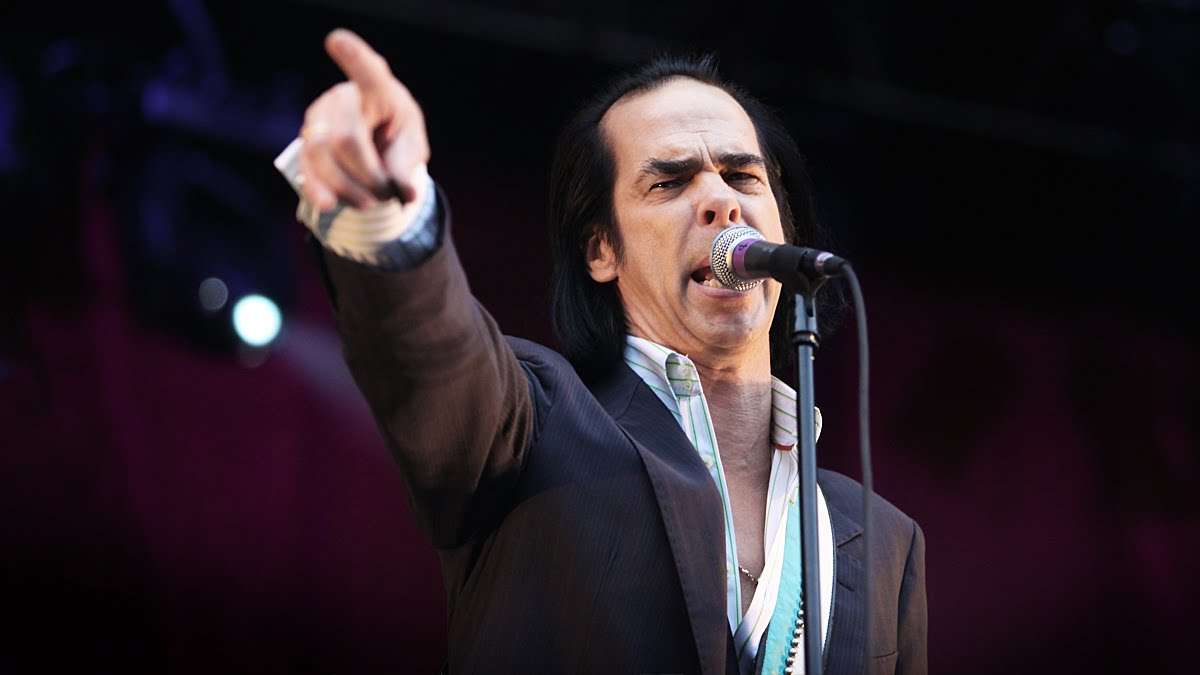 Here’s something you may not be aware of. The Red Hand Files is a blog by Nick Cave, but an interactive blog: every post is in response to a question from a fan. He started it in September 2018 so it’s a fairly new venture but already there are 25 posts – about four to five a month. Each one is a considered essay. There’s poetic writing in there but it’s not poetry, it’s clear well-written prose that answers the question directly.

As I take these events (In Conversation) around the country, I am meeting audiences who are asking thoughtful, fearless and challenging questions, many of which have resonated deeply with me. So it is with The Red Hand Files.When I started the Files I had a small idea that people were in need of more thoughtful discourse. I felt a similar need. I felt that social media was by its nature undermining both nuance and connectivity. I thought that, for my fans at least, The Red Hand Files could go some way to remedy that.

Some of the questions are typical fan questions for an artist of Cave’s style – ‘Who are your most loved poets?’ ‘What would be a list of 10 of your most favourite pieces of music?’ ‘I wonder what your dreams are like and how much they influence the imagery of your writing.’ ‘Any plans to rock out again with Grinderman?’.

But some cut straight to the chase: ‘Please tell me something that will help me not care when people stare at me because I look different to everybody else?’, ‘As an atheist I find other people’s belief in god both incomprehensible and fascinating. Is there any way you can explain your faith?’ ‘What are your thoughts on Brian Eno’s stance on Israel?’.

I had been awarded an honorary doctorate by Monash University in Melbourne and my mother accompanied me to the university to receive it. I was feeling a little intimidated by the whole thing because I was stepping out of my rock ‘n’ roll comfort zone, in-to the academic sphere and the whole affair had me feeling quite uncomfortable. I mentioned this to my mother, and as we stepped out of the car into the university grounds, she said,
“Head high and fuck ‘em all.”

I am passing this crucial piece of maternal wisdom on to you Bam and Catherine – and to the rest of you out there. It is my mother’s gift to you.

All receive replies that are generous, open, vulnerable and appreciative. This is the writing of someone who cares deeply about the people who have taken him and his songs to heart.

Most moving are the posts where he talks about bereavement. (For anyone who doesn’t know, Nick and his wife lost their teenage son in an accident three years ago.) The documentary One More Time With Feeling shows him not long after his loss where he talks about how it flips you into a new life, where your face in the mirror looks the same but you know you’re a different person, completely unknown to your old self. In it we see him exploring this new self tentatively, almost in bewilderment in the recording of his album Skeleton Tree but also talking candidly about the incident he only refers to as ‘what happened’.

Not surprisingly this has drawn to the Red Hand Files fans who have also suffered in this way. Again the responses are full of care and compassion.

To a man who has lost his wife and is bringing up his small daughter, Cave writes:

Three and a half years have passed, for both of us. We feel we should be better. We feel equilibrium should be restored. We feel we have in someway failed and that we should have made peace with the world. We feel people must be sick to death of us, and our fucking grief. But grief is beyond our control; it is omnipotent and invincible and we are miniscule in its presence and when it comes for us, all we can do is to kneel before it, heads bowed and await its passing.

But, as you know, grief is also tidal. In time, it can recede and leave us with feelings of peace and advancement, only for it to wash back in with all its crushing hopelessness and sorrow. Back and forth it goes, but with each retreating drift of despair, we are left a little stronger, more resilient, more essential and better at our new life. I can feel these tides of anguish and restoration move through your words. They say so much about grief, but also the sanctity of fatherhood.

Even if you’ve never been a fan of Cave’s music this brave, open, and sincere attempt to connect with fans outside the usual cliches of both PR and social media is well worth a look.

No-one’s asked him about the moustache yet.