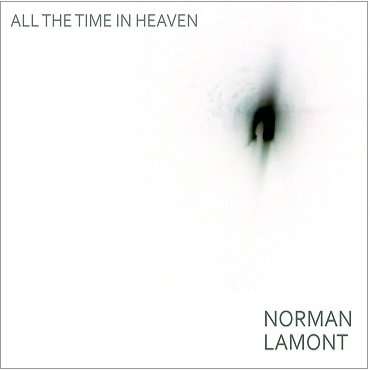 A still-waters-run-deep album, running through a range of genres from ambient (Fingerpuppet) through country (I Started A Fire) to electronica (The Monk From the Mountain of Sorrow).

“This haunting and elegiac album is my favourite of Norman’s. Perhaps the most Cohen-esque of Norman’s canon, songs like ‘Fingerpuppet’ and ‘The Last Man To Touch You’ are simply transcendent. Sensitively produced by Daniel Davis.” James Igoe

All The Time In Heaven

I started putting this together after  Roadblock in 2008. I wasn’t so much thinking of making a new album as recording a backlog of songs I’d had since the 90s but never managed to capture. So I went about it at a fairly leisurely pace. Anniversary and Empty are the ones that remain from that idea, both songs I used to do at gigs in the 1990s.

I then got interested in producing songs to loops, inspired by John Cale’s Hobo Sapiens, which became one of my favourite albums. The backing track for what became The Monk started with that and I used the approach to cast Anniversary as radically different from its acoustic folkie origin. I also, unexpectedly, started writing new songs, like I Started A Fire, Not About to Fly and The Last Man to Touch You. So by the end of 2012 I had lots of songs onto which I’d layered track upon track and I thought there could be an album there, but I found it all overwhelming. In fact they were a mess. I decided to take them to Daniel Davis and we worked over the whole of 2013 on what was first called ‘Norman’s Rescue Project’ and later the album. With Daniel’s patient editing and clear focus on the best parts of the tracks, I gradually came more and more to think this was probably the best stuff I’d done.

The tracks people had liked most on Roadblock were the ones that shimmered in a kind of dreamy reverb and we’ve tried to use that again, with similar guitar drone loops inspired by Frippertronics working away behind a lot of the songs to give some consistency to the various genre styles.

If there’s a theme to the lyrics it’s probably that someone has lost something in each song – a lover, a self-image, the car keys (joking). )A few notes about individual songs: