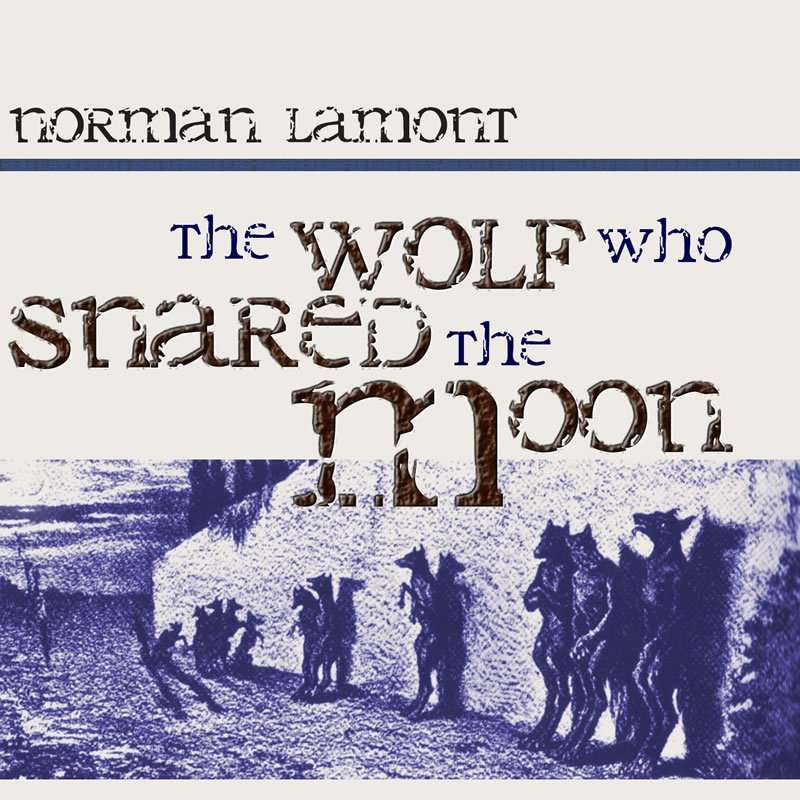 The Wolf Who Snared The Moon is a download-only album available from Bandcamp.

This is the starting point for anyone interested in my music.  The title song and was inspired by what become the cover art – the lithograph Les Lupins by Maurice Sand (1858) which depicts Breton werewolves who violated graves and ate corpses. Allegedly. In 2004 this was my first ‘real’ album after lots of cassettes and home-made jobs. These songs are still the backbone of the live set and the most popular with my fans.

The Desert Was Better

The song itself appeared almost complete in my head on a walk home from work along Morrison Street one evening. I had to rush to the waiting room on Haymarket Station to write it down. A divine revelation, people! A visitor from a traditional country lands in Scotland and gets involved in shady stuff – you know, petty crime and journalism. No offence meant to the Borders or Linlithgow. I sat down at Dave Watson’s one night and recorded it simply – voice and acoustic. I came back a few weeks later after he’d put down guitars, drums, bass, mandolins and lots more and there it was – almost as you hear it now. I added a new vocal, some Egyptian-style strings and Gil came in to lay down a suitably eccentric guitar solo.

After I’d given up singer-songwritering a couple in a fit of ‘maturity’ I found myself writing a song about giving up writing songs. That could have been the turning point in my recovery, seeing how low I’d fallen from civilised standards, but no, I decided to start writing and singing again and formed a band. Worse than ever. This rocky little thing became a live favourite.

I woke one morning with this almost complete, going round and round in my brain. Why polecats? I don’t know, never even seen a polecat. What a mysterious universe we live in. I’d probably been listening to too much Handsome Family.

Although Hungry Ghosts is a Buddhist term, this song is about spirits so desperate to gain rebirth in the material world they hang around in people’s bedrooms waiting for the moment of conception to dive in there. So they’re ghosts and they’re hungry, OK? The basic idea came from Doris Lessing’s Canopus in Argo series of novels, where a benevolent alien race influences the development of human civilisation by incarnating at key points as anything from religious leaders to civil servants – whatever is needed at the precise moment. I wrote the music way back in the 80s as a setting for the Sylvia Plath poem Candles and some of the descriptions stuck and found their way into the new lyric.

The Wolf Who Snared the Moon

I started humming the tune as I walked home from seeing the film Independence Day. What year was that? The lyrics came months later, starting from a description of the lithograph Les Lupins, which I’ve had since I was a kid, when I found it disturbing but compelling. (It’s the cover image on the CD.) I imagine the wolves as artists/writers, staring at the moon for inspiration in the way a writer stares at the blank page.

A Forest Trail in Autumn

I have no memory at all of writing this! I know I started including it in the live set when I played with Gil around 1999/2000. I was pleased with the lyric as I wanted to be more descriptive and less subjective. I’ve written a couple of things like this around the idea of someone doing a random action, for reasons unknown, which has devastating consequences.

Call Back Fall Back

The nearest thing to a love song on the album, but it’s more about friendship. Nice and straightforward. I love the way we managed to get Alison’s voice – which is naturally pure and folky – to sound so Motown on the backing vocals. This song dates back to the 80s.

This song grew up when I was playing a residency at an Edinburgh coffee bar with Polly Phillips. The first few times I played it, I used to sing the middle bit, in an improvised, random sort of way. I think it was Polly who suggested (probably as an act of tactful concern for the audience) that I speak it, which of course made it. The tune transformed itself from Trains and Boats and Planes into a new song in the time it took to walk humming beneath my breath from Bread Street to Princes Street. You can probably still sing Trains and Boats and Planes along with it.

My ‘greatest hit’. I’d been trying on jeans in a shop in Leek in Staffordshire when I heard Dylan singing Tweeter and the Monkey Man on the radio – the Traveling Wilbury’s album had just been released. When I got home I tried to remember the song and this came out instead! I don’t remember much about it but it was very fast and exciting to write. It’s been very popular over the years, including one kind person who came up after a gig and said ‘I love your song about Elvis!’

Written for the first Innocents line-up with Alison on violin. I wanted to write a haiku and put it to music. I thought it was too soppy at first but got to like it. I hadn’t planned to put it on the album until I started mucking around with sequencers, so it was a last-minute addition. The vocal arrangements owe a lot to Eno’s first few albums.

This emerged from a jam with Gil Murray. I wrote lyrics to his music. Greenan Shore is south of Ayr and we discovered that we both had fond memories of that place. The lyrics evoke those memories from the perspective of a – shall we say mature? – person. Looking back on this album from 2009 this is my favourite track and maybe my favourite of all my lyrics.