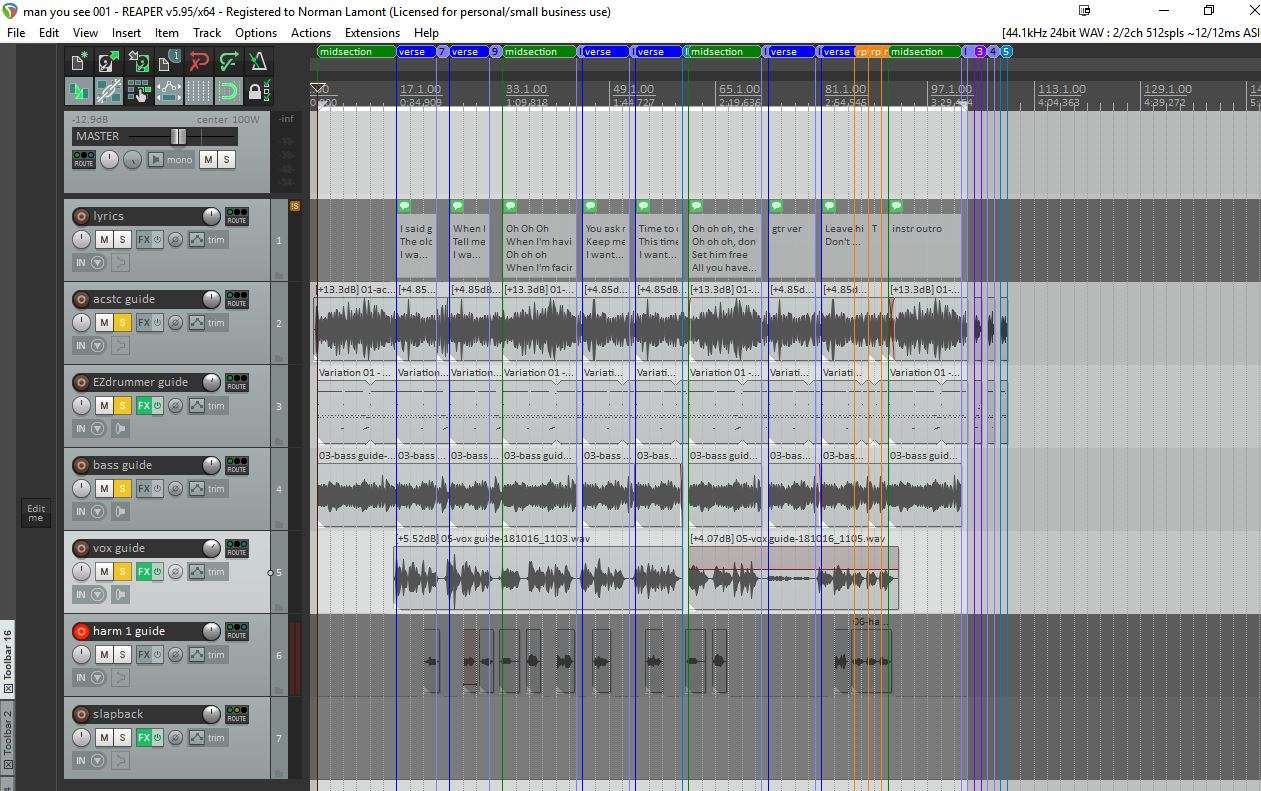 This post contains two videos showing how I build up a demo of a new song in the recording software Reaper.

A lot of songwriters work the traditional way – work out a song on paper or with an instrument, practise it, maybe perform it live and then record it. I sometimes do that still. But if I don’t have a good handle on a new song, I find it helpful to work this way:

The main advantages to me of working in this way are:

This new song is The Man You See In Me. I’ll talk more about where the idea came from in another post. But my starting point was making audio memos on my phone of lots of lines and a rough idea of a tune while on a walk. But I didn’t have an idea of how many verses I needed, what the intro would be, how many verses before a chorus or anything like that.

I know I’m liable to change the melody and the words, so I wanted to have a strong idea of what the backing would sound like, so that any new melodies could be tested against it.

These videos show how I used a few hours to record all the ‘chunks’ then sang a rough version over that. Everything you hear will be replaced, and I’ll probably still tweak the structure, but the idea was to get a starting point. I typically work in short bursts on these recordings, over years.  The last one I posted here Stuck To Your Name, was over ten years in the making! I’ve more of a sense of urgency now, and more free time, so it may be completed sooner rather than later.

I hope you find the process interesting, and if you do home recordings, I’d love to hear what process you use.

The basics – guitar, bass and drums

The structure and guide vocal

These were done in Camtasia. I discovered too late that while it was recording my voice it wasn’t recording any of the Reaper stuff! So I had to add the actual song audio later.