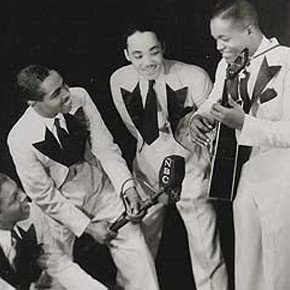 Went to Fraser Drummond’s house last night for a recording session with him and John ‘Fingers’ Farrell. Unlike virtually all the recording I’ve done for the last ten years we did this by sitting around a couple of mics and playing together. I’d brought a skeleton of a song for Fraser to sing and play sax on, so we were writing and arranging as we went along.

I realised how much the mentality of knowing you can edit out mistakes or paste in a couple of bars from a previous take had got a hold of me over the years. But as well as being a challenge it was really enjoyable. An hour or so of rehearsal, followed by many takes, listening back to see what arrangement ideas did and didn’t work, changing lyrics here and there as Fraser found better ways to phrase them (that’s why he’s called ‘Phraser’ ). The result was that far from completing three songs we didn’t complete one, but the whole experience contained no disappointment, just the satisfaction of knowing you’d tackled a job and worked hard. We were all keen to do more, so we look like getting a few songs out of it to float out to you, the listening world.