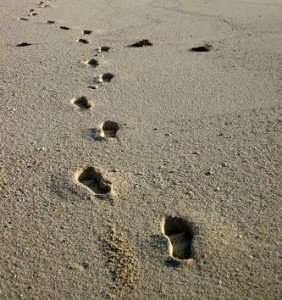 Having worked a few evenings on a video for the song Anywhere But Here, I decided to remix it and perhaps re-record some of the scrappier guitar on it. Of all the songs I have online in places like Reverbnation and iTunes this one seems to be the most popular.

However when I tried to open the Cubase file for the song, it crashed Cubase. (‘Oh God, here he goes again about music software …’: the plain people of Scotland.) I’ll spare you the details (‘Cheers’: TPPOS) but it is clearly gone forever. But I had an afternoon free so I decided to re-do the main guitars and vocal in Reaper then use some of the original ‘atmospherics’. That would also give me a chance to change some lyrics which I’d never been that happy with.

The first puzzle that presented itself was finding out what the original tempo was. I salvaged the drum track from the Cubase folder and tried more than one piece of software to detect the tempo but they all came up with ridiculously varied answers. Having realised the drums were done in FL Studio I found the FL file and got the tempo. Then it was the guitar part. What on earth was he playing? Although the song was on my 2008 album Roadblock,  that version was built on an earlier version with different lyrics that had appeared on a 2005 Out of the Bedroom compilation and had been used over the closing credits of an American indie film. So it must have been recorded around 2004/2005 and I couldn’t work out the open tuning. Twenty minutes experimentation led me to DADGAD, and I gradually relearned my own song.

From there it was a breeze. I played two guitar tracks, both more or less the same as the original but with a better recorded sound and fewer mistakes, and the vocal was down in two takes. Tonight I’ll be adding the atmospherics and the final retouch will be to the drums and bass.

Pol Arida has kindly offered to help me with the video having seen my rough version, so it should be a good bit of rework altogether. I’m determined not to lose the feel of the original, just to capture the intent better. It’s become an enjoyable trip.