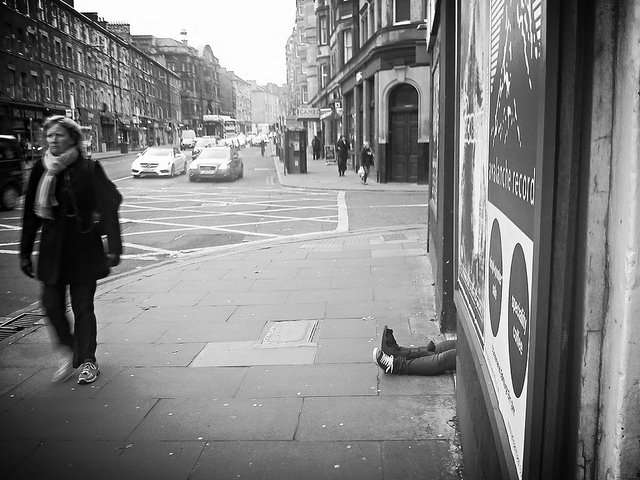 Not much of a story here, but this photo by Ninian Reid on Flickr says it all.  I recorded the song first with Hungry Ghosts back in the 90s when we won a weekend in a studio, then remade it for the album All The Time In Heaven.

Like most people I don’t know what to make of the many beggars and homeless people in Edinburgh and every city you go to. You can’t carry enough cash for all of them, so you end up making judgements about who you’d give to, based on … what? A fleeting impression. I used to know a singer who was homeless and seemed somehow content with that (I may have misunderstood). On a couple of occasions I’ve met people who work in shelters and charities who told me firmly that there are enough places for everyone, but some rough sleepers won’t use them. One time my daughter and her friends, reluctant to give money, bought a fish supper for a guy who was begging, only to have it angrily thrown back at them. It’s not simple. The song imagines someone who never thought he would find himself on the streets. I’m sure it’s easier than we think.