And if he believed me, well I left that behind 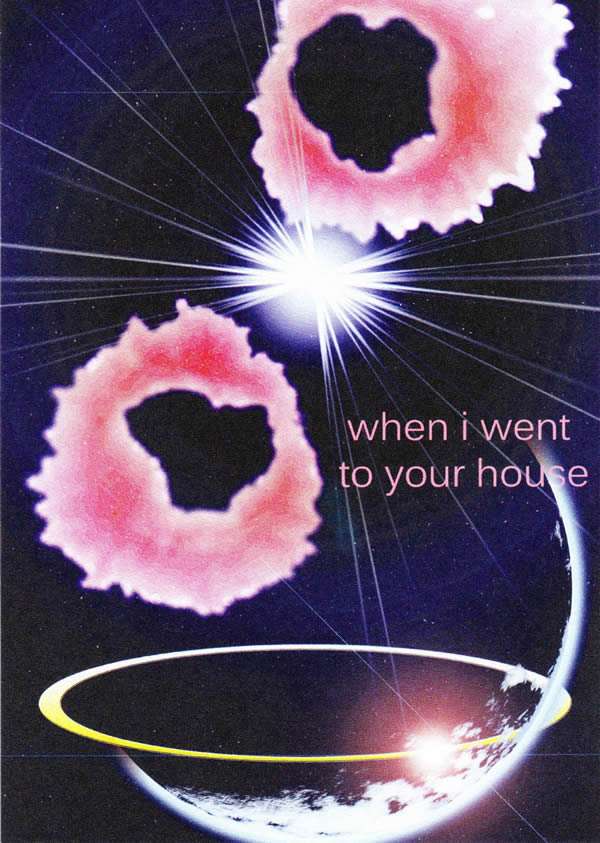 The image here is an interpretation of the song by Mab McMoragh, an American digital artist who creates 3D art in Second Life. She also created a wonderful video for my song Nicole. I’ve never met her except through a few emails and I don’t know if she’s still active online.

This started life as a free-writing exercise – three pages a day, don’t lift the pen from the paper, keep writing – which I continued for a few months one year. Over a few days I started writing a story about a man who goes to a brothel to discover that one of the working girls there is his teenage daughter’s friend and schoolmate. Although I was intrigued by it, never having tried to write a prose narrative before, I didn’t think I had the writing chops to do it and left it aside for a year or so.

When I re-read it, I thought there was some quality in the way I’d described in minute detail his preparations for leaving the house, and his feelings, doubts, anxiety and thrill as he drove to the brothel for the first time. That gave me the idea to make use of it in a song.

So, untypically, I wrote the words first, and took quite a long time to fashion a tune around them. When I’d written a few drafts I wasn’t so sure it was any good, until I noticed the ambiguity in the last line ‘I never went back’ – does it mean he never went home again (shades of 24 Hours From Tulsa, which must have been my unconscious inspiration) or that he never went back to his lover?

When I recorded it I didn’t think my voice carried enough emotion for this song, and was glad when Tricia Thom, a bandmate in two bands over the last 20 years, said she’d sing it. I don’t think anyone else could top that.

As well as singing, Tricia is a skilled ceramic artist. You can see her work here.

When I Went To Your House (WAV)

When I Went To Your House (mp3)

When I Went To Your House (stream)

When I Went To Your House lyrics

When I went to your house

All that I said:

I’m going for a drive

Just to clear my head

And if he believed me

Well I left that behind

When I went to your house

The sun going down

I drove through the suburbs

And out of the town

A ring of pure gold

When I went to your house my hands were cold

When I got to your house

I had nothing to say

The sight of you drove

All my thoughts away

And I don’t know if you were

Surprised that I came

When I got to your house you just said my name

We started an avalanche

As we knew we would

And much was destroyed that was

But we can’t help but grab for

The things that we lack

When I went to your house I never went back

I don’t have any videos, live footage or alternate versions of this song, but here’s a poem that covers the same ground with amazing skill and power.

Wear dark glasses in the rain.
Regard what was unhurt
as though through a bruise.
Guilt. A sick, green tint.
New gloves, money tucked in the palms,
the handshake crackles. Hands
can do many things. Phone.
Open the wine. Wash themselves. Now
you are naked under your clothes all day,
slim with deceit. Only the once
brings you alone to your knees,
miming, more, more, older and sadder,
creative. Suck a lie with a hole in it
on the way home from a lethal, thrilling night
up against a wall, faster. Language
unpeels a lost cry. You’re a bastard.
Do it do it do it. Sweet darkness
in the afternoon; a voice in your ear
telling you how you are wanted,
which way, now. A telltale clock
wiping the hours from its face, your face
on a white sheet, gasping, radiant, yes.
Pay for it in cash, fiction, cab-fares back
to the life which crumbles like a wedding-cake.
Paranoia for lunch; too much
to drink, as a hand on your thigh
tilts the restaurant. You know all about love,
don’t you. Turn on your beautiful eyes
for a stranger who’s dynamite in bed, again
and again; a slow replay in the kitchen
where the slicing of innocent onions
scalds you to tears. Then, selfish autobiographical sleep
in a marital bed, the tarnished spoon of your body
stirring betrayal, your heart over-ripe at the core.
You’re an expert, darling; your flowers
dumb and explicit on nobody’s birthday.
So write the script — illness and debt,
a ring thrown away in a garden
no moon can heal, your own words
commuting to bile in your mouth, terror —
and all for the same thing twice. And all
for the same thing twice. You did it.
What. Didn’t you. F***. F***. No. That was
the wrong verb. This is only an abstract noun.

Did I write the prequel to this?

I sometimes wonder if this song could be a prequel to 24 Hours from Tulsa?