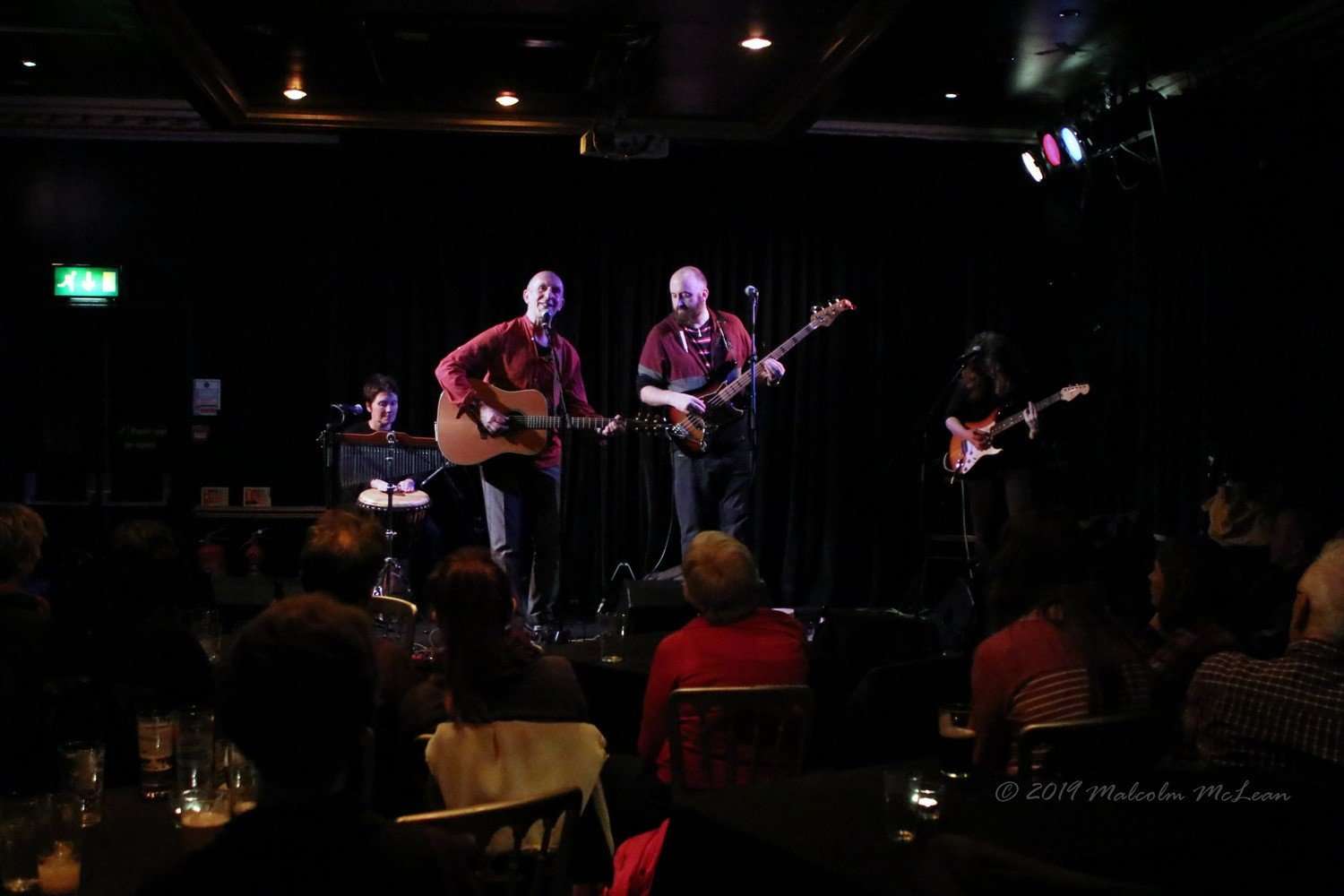 To say I was nervous in the runup to it would be an understatement. A recurring vision was of playing to my wife and the band members and no-one else. The Facebook event I set up picked up quite a lot of ‘Interested’ but not that many ‘Going’. But as the date got nearer, the advance tickets I was selling on this site, which included a copy of the album, began to shift and I gradually started looking forward to the event.

The first good omen was that when I turned up for the sound check, the venue’s sound engineer Alice already had most of the equipment already set up. This is not always the case in my experience.

People started arriving as we finished the sound check, and I was amazed to see my old friends Chas and Susie who had come up from Yorkshire for the gig. At that time I started to feel good about it.

I started prompt at 8 with the Ten Objects set, doing seven of the album’s songs, and joined by some of the musicians who’d played on the album.

Alan started his set by saying that since we were mostly folkies (?) he’d play some jazz. His skillful and accessible set was the perfect followup to the melancholy of the Objects songs.

Ms Fi Burns it up

We closed with an upbeat set from the Heaven Sent, including Ballad of Bob Dylan, the first posters being sold that night and finishing with a raucous Come Together.

My thanks for a successful evening go to the staff at the Voodoo Rooms, Marianne Doig who looked after tickets and merch, Lynsey who sold her posters, the musicians and the warm, welcoming audience.