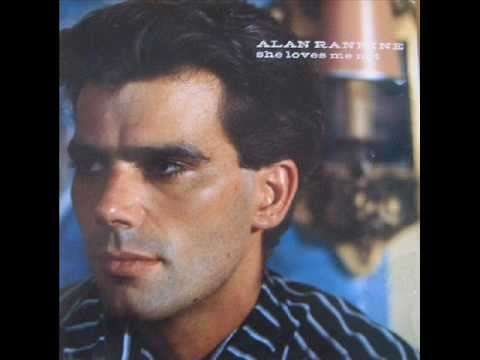 This is a followup to my post on the Edinburgh Songwriters Showcase. My friend Tom Warrington wrote with his reminiscences of a similar venture in Glasgow:

I really enjoyed your email a few weeks ago flagging up the post on the Edinburgh Songwriters Showcase. You’re very possibly aware that something vaguely similar took root in Glasgow around the same time, with what eventually became known as the Glasgow Songwriters. I’m not entirely sure who had the original idea – I don’t think it was me – but I’m pretty confident I can date the first official meeting to 22 August 1989. It was held in the Washington Street Arts Centre, a popular venue at the time for folkies old and new. I had to leave just before the end of the meeting in order to leg it up to the top of Sauchiehall Street, where Del Amitri were appearing at the Mayfair (‘Waking Hours’ had been released a month or so before, as had ’Kiss This Thing Goodbye’, but neither had charted by that point).

I’m not quite so sharp on the precise chronology after that. At some point, activity moved to the Merchant City, utilising the basement in Blackfriars. For a while, it was all resolutely informal – the classic ‘songwriters circle’ format, chairs arranged appropriately and with anyone who felt so inclined taking a turn.

I’d dabbled in the folk scene a year or two before and had been involved for a short time in an attempt to initiate a Glasgow branch of something called the Political Song Network (a mainly-English grouping of left-leaning musicians intent on setting the world to rights which included Leon Rosselson and Roy Bailey). I was never particularly comfortable as a solo performer, nor a particularly prolific writer, so my main reason for being there – as with the Glasgow Songwriters – was less about validation and more about the hope of tracking down like-minded individuals with a view to putting a band together. Neither set-up proved ultimately successful in that regard. Unlike the PSN, whose constituency was very definitely drawn from the folk scene, Glasgow Songwriters were a far more contemporary bunch, more redolent of the Glasgow bands who had been making inroads to the Top 40 around that time.

After a while, my attention was drawn elsewhere and my involvement dwindled. In the early nineties, having taken voluntary redundancy from the council, I was managing a band and taking an HND Music Technology and Management course at Stow College (predating the Electric Honey label and principal act Belle and Sebastian by a year or two, but with a very acceptable bonus of having ex-Associate – and Troy Tempest look-a-like – Alan Rankine as Music Business tutor). However, I happened to accompany a friend to Blackfriars on one occasion to find that, as with the ESS, it had morphed into a club night with PA and stage area. The new format seemed a tad too cosy and cliquish for my liking, and I didn’t return.

If, as you did, I’d attempted to capture the details nearer the time, I’d be better placed to comment on some of those involved but, as it is, I can summon a face or two but the names are long gone. Funnily enough, though, I am familiar with one of the names on your list – Sophie Bancroft. She was one of a number of participants who took part in the Burnsong songwriting initiative in the mid-noughties, which involved a week-long songwriting retreat, at least one conference and live dates. My friend Geoff Martyn – along with Sophie, Boo Hewerdine, David Scott, Emily Smith and others – was involved in what I think was probably the first year the thing was held (2005) and, at some point, I went along to a showcase gig at the City Halls with all the afore-mentioned participating. I’ve got an album of Sophie’s somewhere with a Geoff/Sophie co-write.