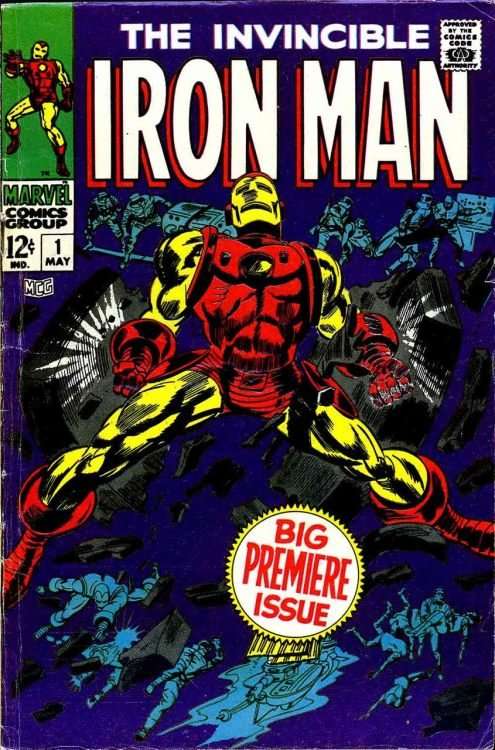 In a recent email I wrote a little about my love of comics as a child and as an adult. A few friends wrote back with their own stories. Looks like I wasn’t the only one to make a seamless transition from comics to music.

My childhood memory was of my mother being horrified that I, at the age of 9 or 10, was reading “The Whiskery Dick” in the Beano or Dandy. I remember my friend’s brother with his cherished copies of The “Valiant” and him storing them in an orange box painted with brown paint to make it look like a bedside table. He had no interest in his guitar and gave it to me. Thanks to his generosity I was able to inspire my own children to play guitar.

I think I first became aware of Marvel comics in 1963 when kids at school charged you a penny to read their comic.  A few years later me and two friends each bought three (possibly four) Marvel titles each month and let each other read their comics. I definitely bought Spiderman, Daredevil and the Avengers and I started buying Iron Man too when he moved from Tales of Suspense to his own comic. 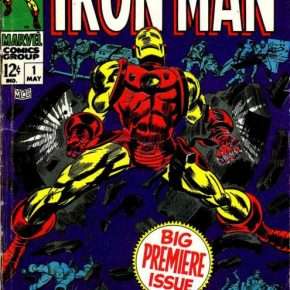 I wearied of Spiderman by about issue 100 and then in the early 1970s it was hard to find Marvels for a few years apart from expensive imports.  From about 1976 it was easier to find comics again and I continued to read Daredevil and Iron Man and started to read the re-launched X-Men.

At the end of the 1980s I started reading comics by other companies.  I bought the Watchmen and Dark Knight graphic novels and enjoyed titles like Suicide Squad and Checkmate! though neither of these lasted long.  Wearied by the increasing gratuitous violence (and stupid plots) not to mention the money grabbing spin-off series and awful Annuals crossover stories designed to make you buy titles you did not usually read  I gave up in the mid 1990s.  It was a wrench to stop buying Daredevil which I had read through thick and thin for decades but it just was not enjoyable any more.

I always assumed the comics had come by sea which was why the UK was so far behind the USA in story lines. (I had asserted in my post that Marvel and DC comics were first used as ballast in planes, which is true as far as I know. NL)

I still have most of my comics and from time to time read them again.  Last year I re-read X-Men and was surprised to find how poor the last few issues I had were.  I also re-read Werewolf by Night and wondered why I had persevered with such a scrappy series.

Do you have an iPad or another tablet?  My father-in-law was struggling for a birthday present for me, so I suggested a subscription to Marvel Unlimited on the iPad. I’ve kept it going a couple of years now. Basically you can read almost any Marvel comic going back to the 1940s, plus all the new ones, 6 months behind their release.

When I first got it I binged on the ones I remembered from the 60s and 70s then started discovering good patches among the piles of awfulness in between.

I really look forward to my Mondays when the new ones come out.  There are still some very good ones. Daredevil is pretty good at the moment, and has been consistently good for the last few years. There’s been a good series where Dr Doom, turned ‘good’ took over as Iron Man.  I follow Thor because he was always my favourite. And it’s not just the oldies – one of the best new ones is Ms Marvel, a teenage Pakistani immigrant. The series is written by an American Moslem convert.

Hi Norman, i was good to Superman, Batman, Fantastic 4…we also had baseball cards…a small packet of usually 4-5 cards that had a player’s picture in one side, and their stats (number of home runs, batting average, etc.) in the back. each package had a small rectangle of stale, strange tasting bubble gum. we would trade cards and ‘flip’ behind the school to see who could get closest to the wall. the closest one won the flip and got to keep all the cards in that round. i never got too far along with my collection because the Beatles and Rolling Stones had come out with their first albums and i started saving my money for a guitar. After i was drafted to military service, I found out that my mom had given away all my baseball cards and comic books. I am pretty certain i never had any books that were worth a lot, but finding out they were gone gave me pause. Thanks for helping me remember some good times! 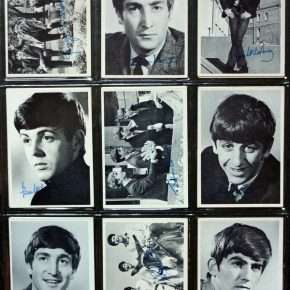 Hi David
We had bubblegum cards like that too, but for The Beatles!  I can still remember a lot of the pictures. All black and white, and with a Beatle’s supposed autograph on each one. This was in the heyday of Beatlemania. And yes, that little thin slab of pink bubblegum!
I wonder what the Beatles cards are worth now?  Just looked it up – not that much surprisingly. https://www.ebay.co.uk/bhp/beatles-gum-cards

I had a Ringo doll, plastic, about 5 inches tall. I don’t remember what it cost…I think i gave it to my cousin when i got my first bass. About 20 years ago i saw the whole set of Beatle dolls in a shop…$650 each! My cousin no longer had the doll… ah well…good memories!

And, btw. comics as ballast! that really blows my mind!