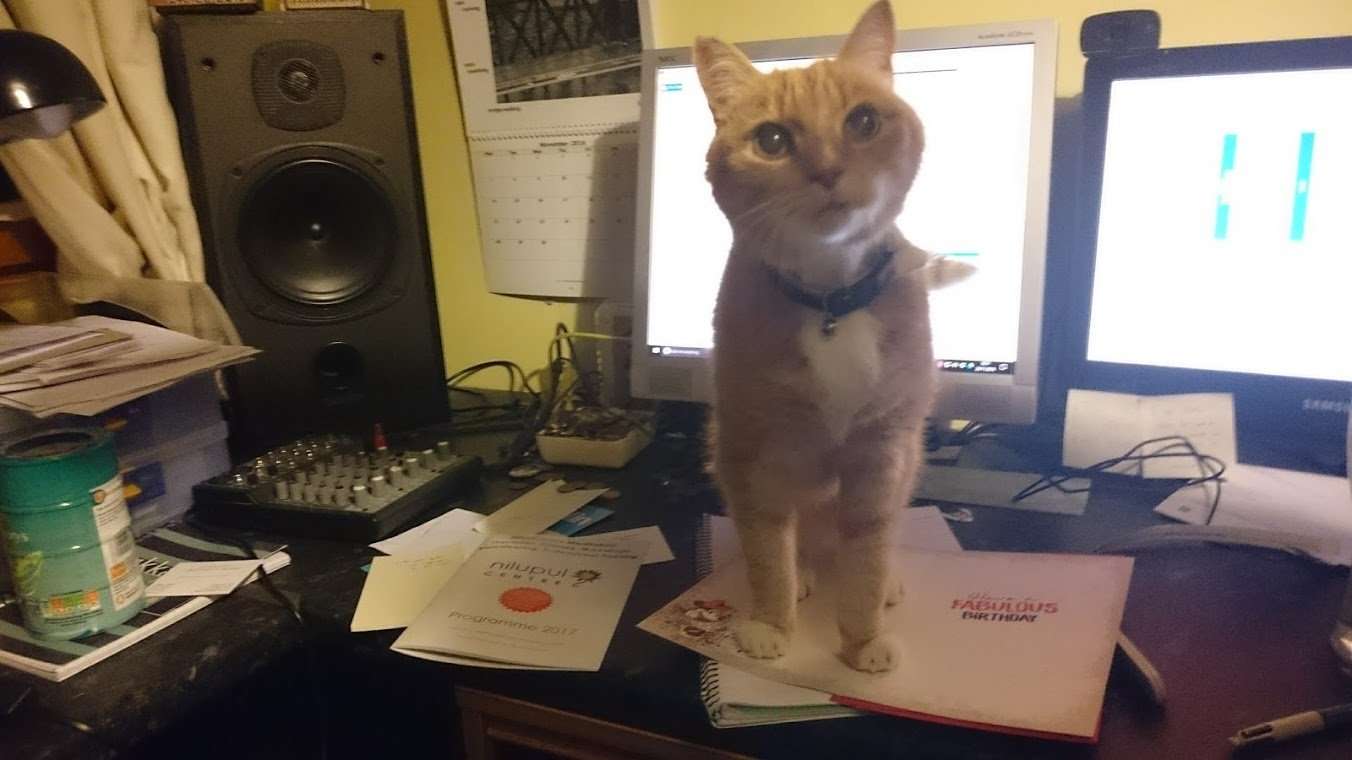 I don’t usually post personal stuff here, but let me take a moment to tell you about Ben.

Ben is the ginger tom cat who’s lived with us for almost 18 years. We got him and his sister Cassie as kittens from Cats Protection in 2000. We’d only intended to take her, but Ben installed himself on my son’s outstretched hand and defied us to remove him, so we knew he was coming too.

Cassie was killed by a lorry on a nearby road in her second year. Ben stayed with us, and gave us more than one anxious time. At one point he disappeared for almost two weeks, then turned up at the door wondering what all the fuss was about. Later he contracted toxiplasmosis from eating something outside and refused food and water for days. We fed him liquid food via a syringe into his mouth until we felt his quality of life had deteriorated too much and we made an appointment with the vet to have him put to sleep. The morning of the appointment, we took him out to the garden for a last sniff round his favourite haunts. After a few minutes he went back inside and started eating his food. He pulled through that one with no lasting damage other than a permanent twitch, and and another scare as his kidneys gradually gave in, but always seemed to pull another life out of the bag whenever we gave up.

Last weekend he lost the use of his legs and we knew there was no prospect of recovery so we let him go in love and gratitude for the companionship and fun he’d given us.

Ben had a few odd traits. His miaow was more of a quack, a demand rather than a plea. He clearly knew the function of a computer monitor and how to position his body precisely between it and the person trying to view it to obscure it completely. He would then up the ante by stepping onto the keyboard.

In the early days of this blog, I had a gallery of the odd poses in which he’d sleep.  I’ll leave a few here as a memory of a dear friend, already missed. 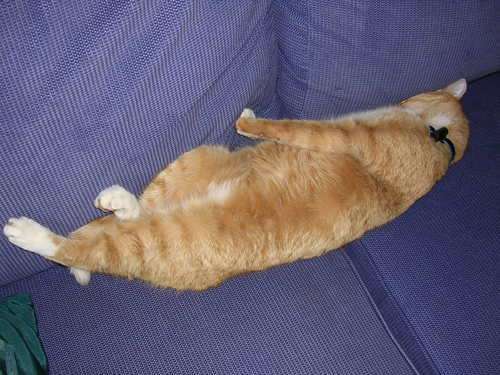 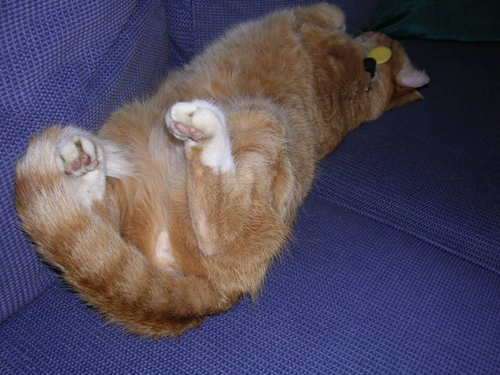 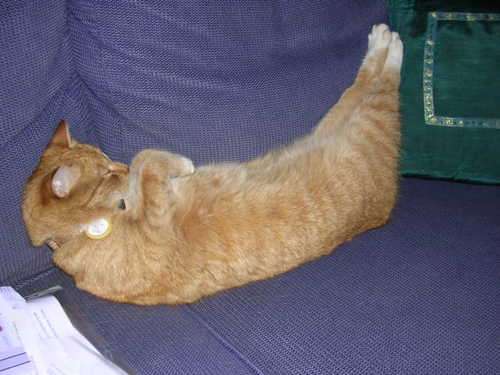