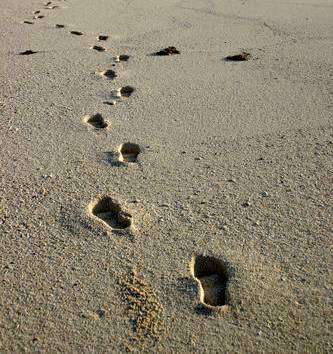 This is one for all the performers among my friends.

Tonight I wrote a song. The first time in a year, during which I thought I either couldn’t, or didn’t need to, write another.

So I’ve written one, and I think it’s good. Big deal. Why is that such a bitter sweet feeling?

Since I was 14 I’ve lived with a story, a myth only occasionally conscious at the back of my mind, that everything to date has been a prelude to a wave of popular recognition and acclaim for the ‘work’ I’ve produced. Every song, every gig, every album is part of the path that leads to that moment. Every lesser achievement, however good it feels, never satisfies, it’s only a stepping stone.  It’s not quite the recognition I need. But, like many of you who read this and share that myth, the golden wave never sweeps in and the world continues to look intently everywhere but here. And now I know that at this time in my life, that’s hardly likely to change. So what do you do?

Twice already I’ve *seen* that feeling, raw and scary, and I’ve known in the moment what to do. Once, in Staffordshire, I broke up the band as a knee-jerk reaction, unable to even face telling them why I was doing it. Another time, years later in Edinburgh, when another band folded I thought it was a signal that it was time to give up the myth. I’ve often told the story of how I took up Arabic percussion instead, saying goodbye to songwriting, only to find myself months later writing This Horse about the decision.

I came across this the other day, Leonard Cohen quoting his Zen master friend, Sasaki Roshi:

“The older you get, the lonelier you become, the deeper the love you need. Which means that this hero you’re trying to maintain as the central figure in the drama of your life, this hero is not enjoying the life of a hero…. the hero is suffering defeat after defeat. And they’re not glorious defeats, they’re ignoble defeats. One day you say ‘Let him die, I can’t invest any more in this heroic position.’ From there, you just live your life as if it’s real. As if you have to make decisions, even though you’ve absolutely no guarantee of the consequences of any of those decisions.” (Leonard Cohen on Leonard Cohen

Arthur C Brooks, in the New York Times,  puts it another way:

From an evolutionary perspective, it makes sense that we are wired to seek fame, wealth and sexual variety. These things make us more likely to pass on our DNA. Had your cave-man ancestors not acquired some version of these things (a fine reputation for being a great rock sharpener; multiple animal skins), they might not have found enough mating partners to create your lineage.
But here’s where the evolutionary cables have crossed: We assume that things we are attracted to will relieve our suffering and raise our happiness. My brain says, “Get famous.” It also says, “Unhappiness is lousy.” I conflate the two, getting, “Get famous and you’ll be less unhappy.”
But that is Mother Nature’s cruel hoax. She doesn’t really care either way whether you are unhappy — she just wants you to want to pass on your genetic material. If you conflate intergenerational survival with well-being, that’s your problem, not nature’s. And matters are hardly helped by nature’s useful idiots in society, who propagate a popular piece of life-ruining advice: “If it feels good, do it.” Unless you share the same existential goals as protozoa, this is often flat-out wrong. (Love People Not Pleasure)

Zen teacher Brad Warner has more thoughts on this theme here, but the answer, for me, is to find happiness in just playing music, for its own sake.  To my surprise, I found that in the three gigs the band and I did in August at the Festival.  After them, I felt satisfied, not craving more. That was a new experience – I didn’t know simple satisfaction could feel so ecstatic.  I’d played for my family, friends and a few strangers, played mostly as well as my bandmates, got one or two new people interested – and it was enough.

Afterwards I was torn between a voice saying ‘quick, get more gigs while you’re still all playing together’ and another saying ‘that’s a fine place to let it rest for good’.

The answer came in seeing some great musicians in the Fringe, particularly Graeme Mearns, who inspired me to focus on learning to play guitar more competently in service of the songs. So I started playing acoustic at home for pleasure, something I hadn’t done for a long time.  And out of some jazz chords came a song.

The bittersweet I talked about is, can I work on the song and play it to an audience without that whole dumb myth in the semi-conscious pond of my brain stirring back into life and coalescing around it?  Well, I think I can.  See you out there.

Am I the only once narcissistic enough to worry about this, or does this resonate with you performer types?  Let me know.