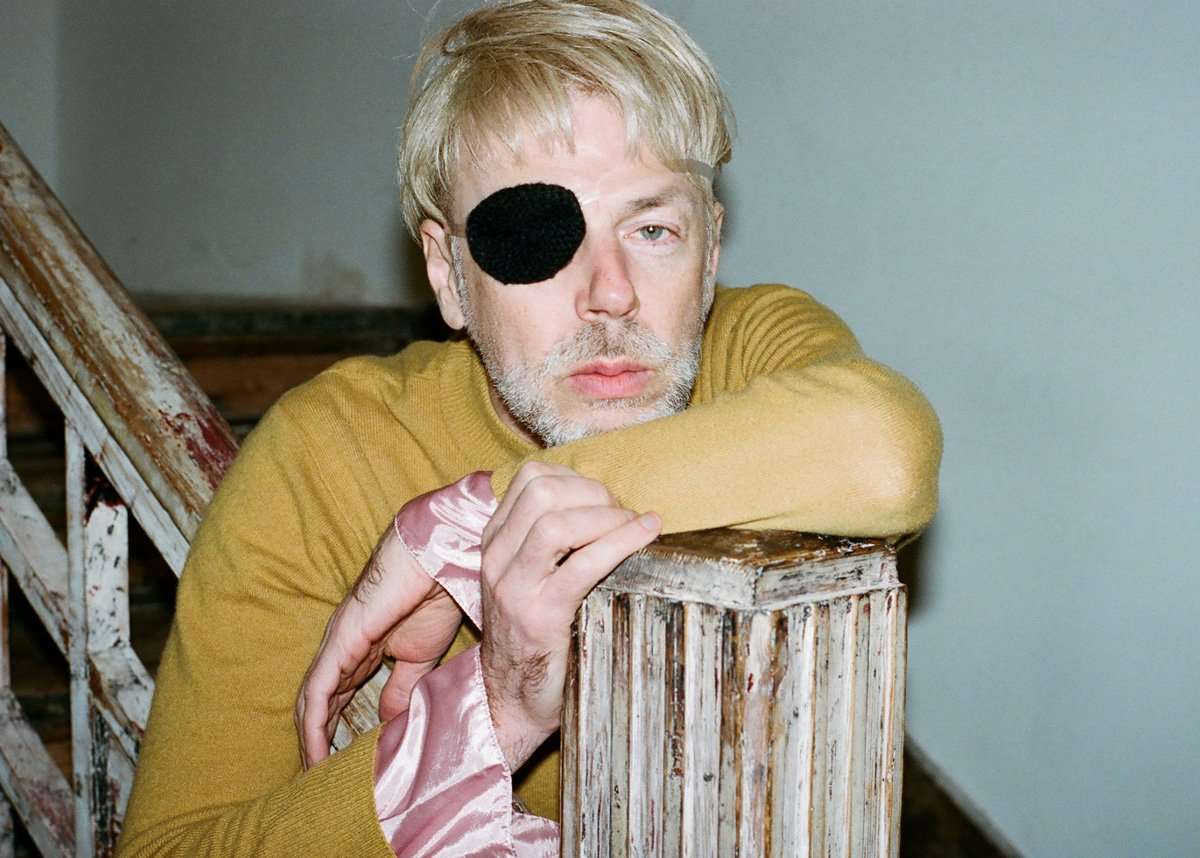 Last May I decamped with a bunch of musician friends to a ski lodge in the Highlands for a weekend of recording and jamming. The last song of the weekend was at about 2 o’clock on the Monday morning. To the few still up, I quietly sang Momus’s Bishonen. I’d known the song for years but this was the first time I’d actually sung it to anyone. As dark as any Cave or Cohen song, but with a literary detachment, even coldness, it created a stunned silence and closed the weekend on a reminder of the simple power of lyrics and music.

I first discovered Momus, not through his own songs, but an EP of Jacques Brel songs he put out in April 1986. His translation of Ne Me Quitte Pas, Don’t Leave, was faithful to both the letter and the spirit of the Brel original. By contrast the conventional English version If You Go Away, is like a different song that happens to fit the original melody. Unflinchingly, Momus brings out the desperation of the narrator. Brel did it with his tearful delivery. Momus, with his typical close-mic ‘confidential’ singing style, does it through the words, sometimes translating literally, sometimes taking the initiative.

This, as I’ve often said, is probably my favourite song ever and Momus opened it up for me. Here he sings it in rehearsal for a 2009 Brel tribute show.

So who was this guy? From the few music press articles I could find I established he was Nick Currie, from Scotland, living in London, who had adopted the name of a Greek god of satire and mockery. From there I investigated his original songs and found two albums that made me a real fan. The Poison Boyfriend bears an Al Stewart influence, literary lyrics intoned very quietly over skilled acoustic fingerpicking. Sex for the Disabled is an uncomfortable allegory of Thatcher’s Britain (she was still PM at the time). Three Wars is a tour de force, mapping three World Wars onto the changes in a man’s life at three ages – adolescence at 14-18, middle age at 39-45 and finally death at an unstated age.

Following that album, Momus moved gradually away from the guitar towards keyboards and dance rhythms. His third album Tender Pervert, where the sexual themes came to the fore, along with a playful sense of ‘Let’s see how far we can take this’. As well as the astonishing Bishonen, it contained such titles as A Complete History of Sexual Jealousy Parts 17-24, The Angels Are Voyeurs, and I Was A Maoist Intellectual (In the Music Industry) – you couldn’t help but investigate!

Looking back on what was probably his most successful and acclaimed album, he wrote in his blog:

One spring night in 1988 Momus lies awake in his canary cage bedsit a stone’s throw from the King’s Road and decides to call his new album ‘The Homosexual’. Gide, Mishima, Mao. So many unpatented new defence mechanisms: a gay man pretends to be a straight man pretending to be gay, a cold man pretends to be a warm man pretending to be cold. Provocation and paradox. The first fruits of the influence of Serge Gainsbourg. A world begins to emerge, a habitable planet, Planet Momus. There, the angels are voyeurs. Sexuality is cold and cruel. Innocence meets experience and leaves first blood.
Pale, effeminate men who are one day to surge to fame in groups with names like Pulp and Suede prick up their ears.

His next two albums pushed the boundaries even further, Don’t Stop The Night dwelling on all sorts of sexual exploitation and abuse, often from the abuser’s point of view. In his words:

‘The sexual corruption of patients by doctors, sisters by brothers, pupils by teachers and the dead by the living’.

Musically lush and flowing, lyrically it’s not a comfortable listen at all, and one can only imagine the press uproar if it was released today in our more protective and censorious environment.  Hippopotamomus was only marginally lighter in approach. He also settled into a musical groove, poppy dance music similar to the Pet Shop Boys but more intimate – beautiful flowing melodies owing nothing to American pop and everything to French chanson, and lyrics tantalisingly close-mic, whispered so you wonder ‘Did I just hear what I thought I heard?’ A sad ventriloquist couples with his dummy, a university writer-in-residence soaks up the love from undergraduate girls with their ‘bad but intimate poetry’, a cannibal justifies his hunger, and in the title track a hippo, preserved forever in lava at the moment of copulation, speaks to the passers by at the Natural History Museum where he is on display.

So press your nose against the glass of the case of the Hippopotamomus
Lithe, wriggling schoolgirl, blowing kisses, making eyes
So blithely unaware, as you snigger at my lust
You’ll be in this position by and by

And so he continued through the early 90s. An attempt at chart success with a Pet Shop Boys soundalike single Hairstyle Of The Devil nearly succeeded, but he had moved on in his music and his life. He fell in love with a 16-year-old Bengali girl. They married against her fundamentalist parents’ wishes, and his songwriting on Voyager and Timelord moved to a kind of sad, nostalgic sci-fi and a less cynical, more emotional lyrical content.

Perhaps the most beautiful Momus song and the greatest unknown Christmas song ever appeared on Timelord. It’s called Christmas on Earth:

The Early Days of a Polymath

All I’ve talked about here are the early days of Momus, Momus in the last century. I’m sure he regards a lot of this material as juvenalia. I write about it because of the impact it had on me both as a fan and a songwriter. If I can introduce one more person to this amazing writer I’m happy.

Since those days Nick Currie’s creativity has shown itself in video, visual art, essays, books, public talks and, still, an album a year. I’ve dipped in and out of his new music over the years and it’s still challenging, erudite, (mostly) accessible and always playful.

If you’re intrigued by any of these pieces, all these 1980s and 1990s albums are available free. When the Creation label on which they appeared ceased to exist, he generously added them to his blog (at the time his blog was Click Opera, now his site is iMomus) with a track-by-track commentary including his own retrospective opinions on the songs – one is “more impressive than likeable”; another (Three Wars) gets the comment “There’s a disconnect between the song’s world-weariness and apparent wisdom and the inexperience of the man singing it — he was very green, and much more in love with life than he sounds here.“

All these albums free

Momus influence in my music: The Last Man To Touch You

I feel Momus’s influence in quite a lot of what I do, but the clearest example is probably this, for its European melody and sexual subject matter: