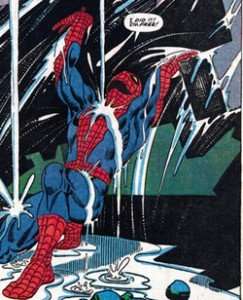 Sometimes when something’s difficult you can manage it by making it a different kind of difficult.

I’ve been confounded for most of the year by a big ‘ol baddie that sits on my shoulder saying ‘ You can’t write anything, certainly nothing as good as you used to, nothing as good as <name anyone>, and nobody can be bothered with you, so why not occupy your time in other ways and forget singer/songwriting ‘.  It’s a familiar pattern to me and lots of others, I know it doesn’t last forever, so I just ride it out. Usually something breaks it eventually.

I’ve been experimenting with various ‘restrictions’ in creative work both in my day job and trying to get back into ‘my stuff’. For example restricting time to 30 minutes or even 2 minutes.  At the same time, trying to declutter both my office/studio environment and my thinking (e.g. cancelling subscriptions, that sort of thing). Nobody ever tells you how long decluttering takes and how much more time you can spin out of it to avoid creative work.

But while deleting old files from my computer I found a lyric I didn’t remember writing, which seems to have been an attempt at rewriting the lyrics of  Talking Heads Life During Wartime as if it was set in Edinburgh. I read it with delight thinking ‘this isn’t bad at all’ but when I tried to sing it I found that it didn’t fit. Why not?  I found that David Byrne’s verses were written in pairs with the last line of each rhyming, whereas all mine were just single verses with no rhyme.  I was still enthused with the song so I thought ‘How hard would it be to write a twin verse to each of the verses I already have?’   Turned out it wasn’t that hard at all.  And it broke the blockage just for half an hour, and I had a pretty much finished song which I’ll be able to perform when I’ve memorised all twenty verses.

They took some money each time

They took my ID

Where did they get all those guns?

Don’t interfere with their fun

Who’s got the castle?

Who’s got the station?

Who’s got the Old Town?

Who’s got the New Town?

I just keep out of the way