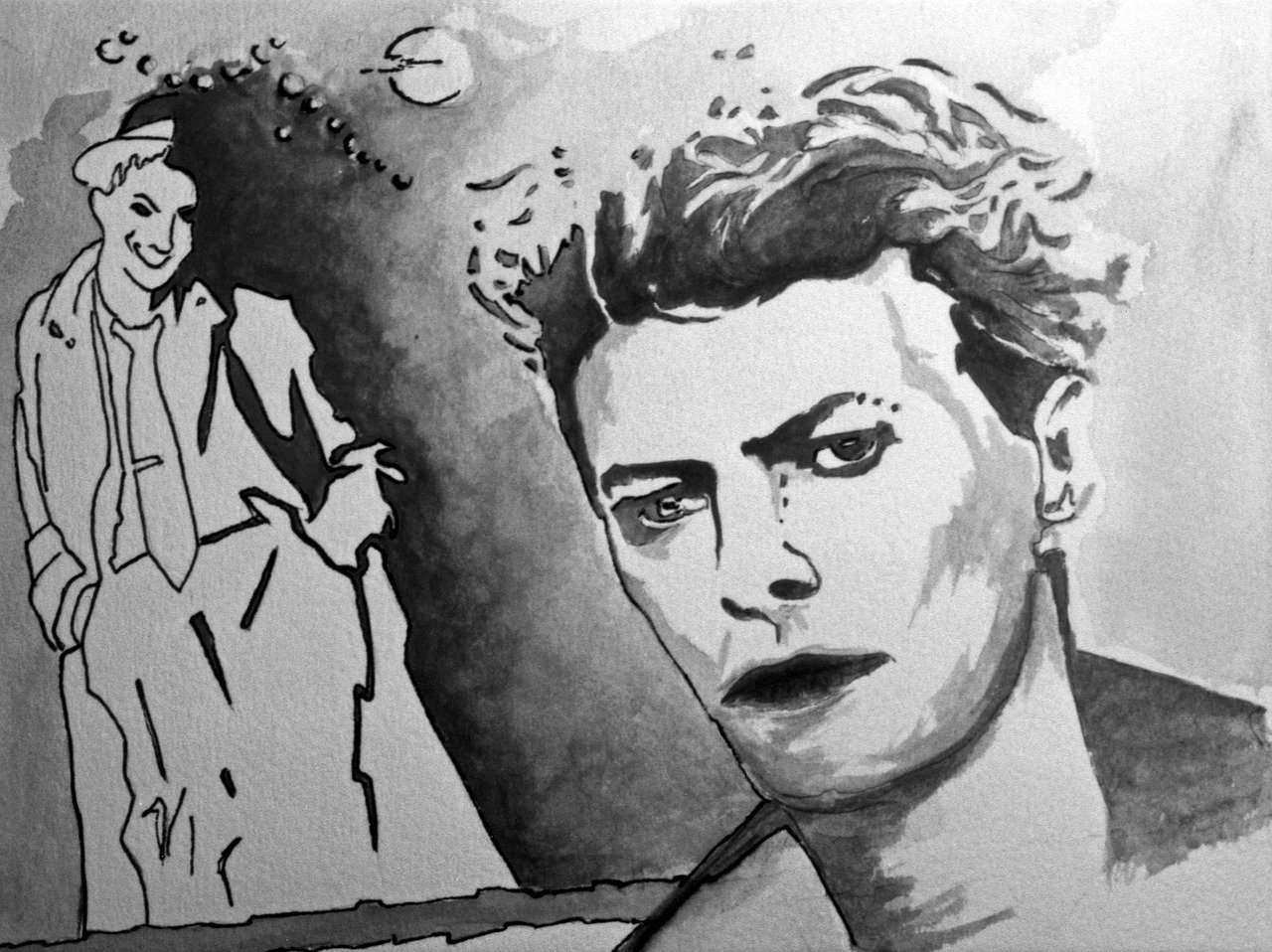 Happy New Year, and I’m glad to be able to start blogging this year with comments on someone else’s music for a change.

Cover Ups was put together by John Morrison, a Glasgow singer-songwriter who performs as The Hybrid Vine. I first came across him when he put out an album of Marc Bolan covers for charity a few years ago. They were all done by John but for this Bowie collection he’s rifled his contacts file and got a whole bunch of singers and musicians in and around Glasgow to create no less than 37 covers of songs from all periods of Bowie’s career from Janine through to Lazarus.

As usual with this kind of project, some stick close to the original and others take extreme liberties. While I like some of the ‘faithful’ versions – Robin Neilson seems to approximate even the same acoustic guitar sound as Bowie and Ronson for his Andy Warhol – it’s the more surprising versions that appeal to me. Check out Matthew Gibb’s dark, swampy band version of Let’s Dance, Claire Walker’s solo Absolute Beginners and Neil M’s solo Under Pressure. M A Feeney grabs The Man Who Sold The World and Knock On Wood by the scruff of their necks with a huge, powerful vocal reminiscent of Macy Gray. For charm, try Anna Wishes delicate Sound and Vision and Pauline Vallance’s Space Oddity backed by beautiful classical harp.

I contributed a version of Queen Bitch reimagined as a Velvet Underground song, and played some Frippy guitar on John Morrison’s Heroes.

It’s only £10 for the double album and all the proceeds are going to the Beatsons cancer charity.

Where to get it?

The graphic at the top of the page was one I found doing a search for re-usable images of Bowie, and is by someone called Scapin on pixabay.com.