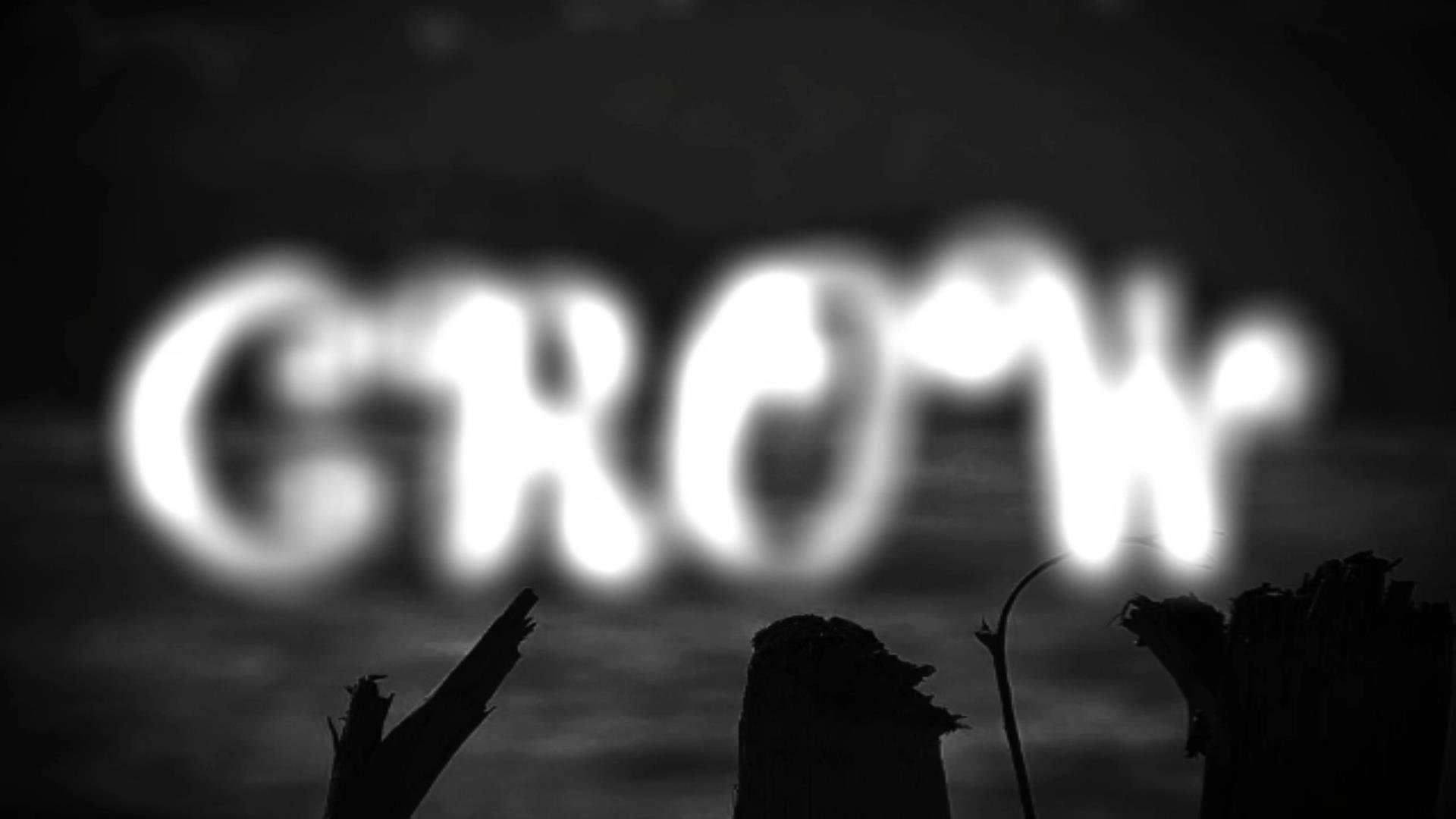 Last week I launched my new single and video, Crow. Many thanks to those of you who bought it or commented.

Crow has taken a long time to fly. For anyone interested in the process, here are a few snapshots from its childhood.

I had a few experiments on the go using loops, inspired by John Cale’s album Hobo Sapiens, which I loved. This one started from two elements, which have stayed throughout – an Alchemy sequenced bell-like instrument, and a funky bass sample, which I pitch-shifted into two repeating parts, A minor and F# minor.

A year later I’d come back to it, with an idea for melody and lyrics, long abandoned, some synth voices and guitar.

I sat on it for another year, occasionally listening and scratching my head until one night I tried a different approach to the rhythm, a dance beat and a different bassline, played on a bass, which eventually became the chorus.

Another four years went by. I was probably paralysed by having no words, until I repurchased a book I’d had in my 20s, Ted Hughes’ Life and Songs of the Crow. This gave me a theme, and the song began to take shape, still sprawlingly long at 7 minutes.

During 2019 I kept coming back to it, always feeling the end was in sight. I changed the drums from purely loop based to a more organic feel using EZdrummer. I went through three different versions of the drum track. I also speeded it up a bit.

Going into 2020 I can see a lot of versions in the folder, including one called Crow 006 Ruthless Edit! I was quite conflicted about cutting and cutting but knew it had to be done. It was now getting close to a release version.

The final version I shared with my email subscribers wasn’t quite the final version. I cut it back even further for the video, making little edits at various places in the song, then realised it worked better like that. So here, after eight years, is the Crow!