I’ve written some sad songs in my time, but this must be the saddest.  It’s a sprawling 7.5 minutes. The theme song, the bit about the spell that opens and closes the song, reflects on how youth feels invulnerable, invincible, even if you know it’s not forever – ‘safe for the moment’. It bookends some half-told stories of death and remembrance. I wasn’t sure where it was coming from at the time, but looking back on the song now, I can see the traces of the deaths of my mother and mother-in-law still fresh in my mind. 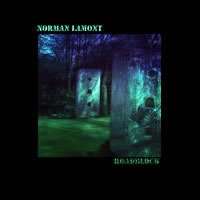 The 2008 album Roadblock, from which it comes (still a few CDs available folks!) with its black design, was full of darkness, loss and remembrance.  A man in his mid-50s struggling with the idea he’s crested the hill and lots of things he took for granted just ain’t going to happen. As Dylan says, I was so much older then, I’m younger than that now (thankfully).
I hadn’t listened to it for many years until last week, and I found it quite moving. Maybe you will too. The only other musician on it is Mary Robbs on violin, although Dave Watson and Dave Christopher helped me a lot with the string arrangements.
Roadblock will soon be available on Bandcamp.