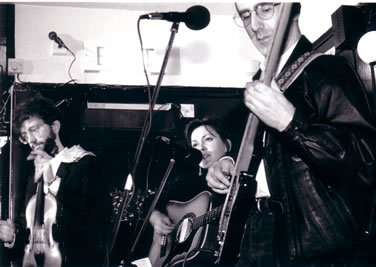 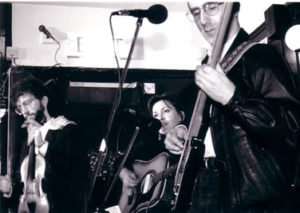 This goes a long way back.  Hungry Ghosts was a band I formed in the 1990s, a trio with Tricia Thom as singer and Stephen Malloch on violin. We were later joined by Sean Doyle on bass and Dave Haswell on percussion. This was our ‘greatest hit’, which actually won some kind of song competition at the Edinburgh Festival one year, giving us a day’s studio time and a Radio Scotland session. I’m hazy about what year that was.

This was the studio recording of the song, done at Dave Watson’s home studio in Morningside, one of my first studio recordings.Unfortunately it’s been through generations of cassette copy to get here. Now I’m back with Tricia doing the odd open mic spot, it was nice to come across this.