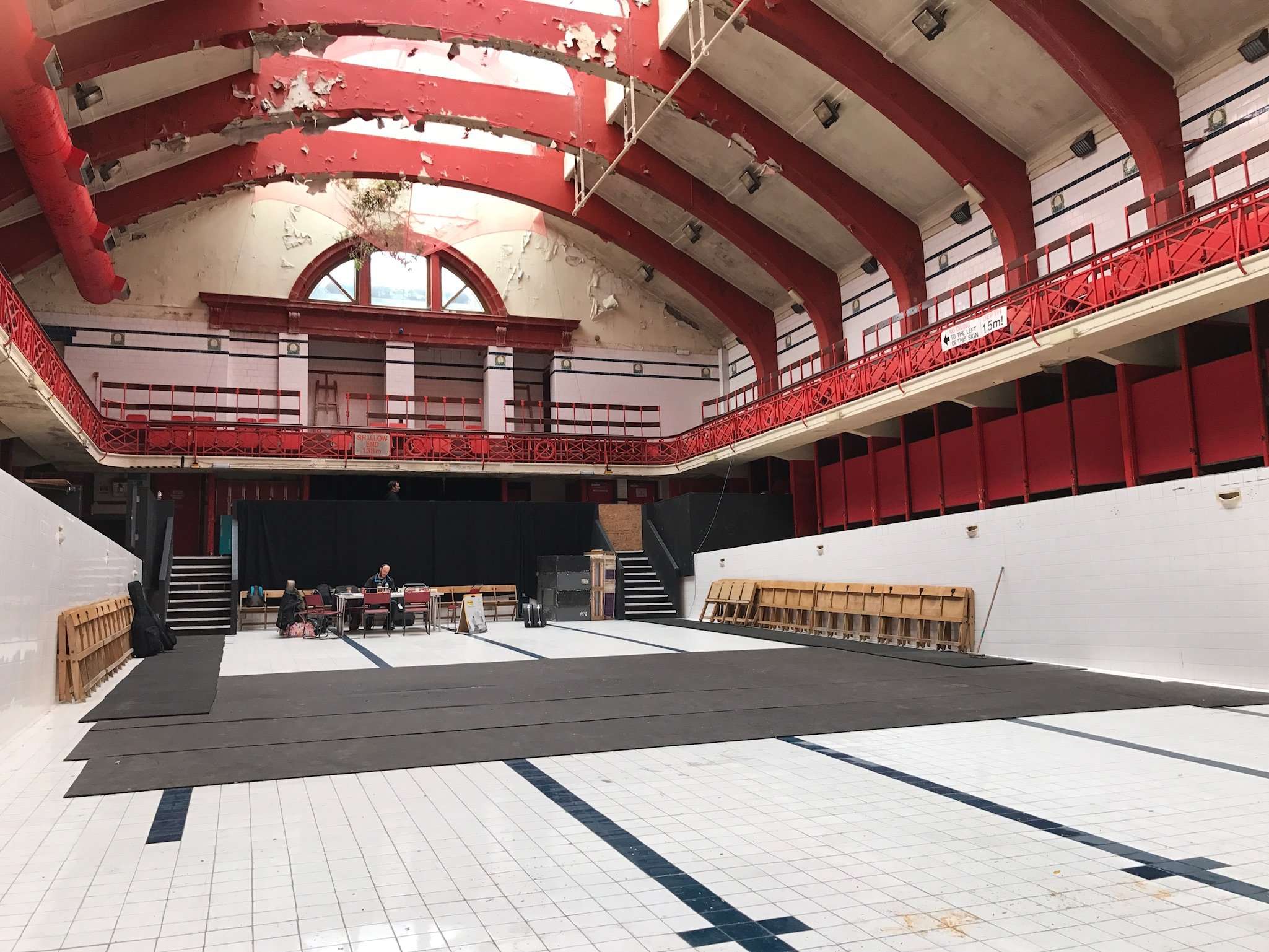 Here’s a song I’d forgotten about, perhaps rightly so.

This dates from the first Glasgow Songwriting Festival I attended in 2017, in Govanhill Baths. Findlay Napier, who organised it, recently asked participants to offer any examples of songs they wrote at the Festival.

I was at a session led by country singer Jim Hunter, whose emphasis was ‘ don’t worry, just get a title and write the damn thing ‘. After listing some titles everyone went off to various corners to do their bit. I’d agreed to work with Christian Cooper on her song, as she didn’t play an instrument, and while waiting for her to finish her lyrics, I picked one of the titles on my list and dashed this off onto a notepad, no guitar. It took all of five minutes. At the end of the session I played it for everyone with guitar for the first time, guessing the chords as I went along (not hard!). I then forgot about it as Christian’s song was so good, the best song I heard all weekend, so I just wanted to play hers over and over.

From my notes on the day

We then went to Jim, who got us to write lots of titles, saying this was a well-known cure for writer’s block. We talked about our titles then had to go off to one of the the strange corners of Govanhill Baths and write at least part of the song that goes with that title. This was my first ‘high’ of the weekend, where I managed to write the lyrics to a complete song – nothing profound, just a fun self-deprecating country song – in about five minutes flat, which gave me the time to work with singer Christian on two songs of hers, one of which was a real beauty.

When I got home I put this hashed up country backing to it and forgot it again for three years (you’re getting the gist of this). When I saw Findlay’s email I went back to see if it was acceptable and thought, given a new drum track and remix, why not? An hour or so later, here we are with a slab of comic self-pity. Now I can safely forget it again.