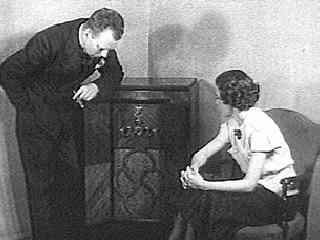 A few weeks ago I decided to go on a news fast, avoiding news on the media for four weeks. My reasons for doing it are here, but it boiled down to noticing that it was an addictive behaviour with no real effect on anything within my control, therefore better eliminated. I thought four weeks would be enough to get past the discomfort stage and maybe learn something from it.

This is my report on the During and After stages.

During the news fast

I already knew my main news consumption time was at breakfast and I’d decided to read a book then instead. But I became aware of other times – the main one was any time I was driving. I would always tend to have Radio 4 or Radio Scotland on. I much prefer talk shows to music shows. So I had to deal with that urge. Of course there’s much more than news on these channels but I didn’t want to get drawn into a current affairs programme or the hourly news updates so I just left the radio off. I found I enjoyed the ‘silence’ and probably drove more mindfully. Maybe.

During the day I noticed the almost automatic reaching for the News app on my iPad or phone, and checked it. Many times. I considered the idea of removing the apps but decided to rely on intention instead.

I noticed I was spending a lot less time on Facebook too, as I would resist the urge to click news-related stories, no matter how tempting. Just scroll past, nothing to see here.

I allowed myself a few indulgences – Radio Scotland’s Breaking The News quiz and Private Eye, but that was it.

How did it feel?

Relief, mostly. After a week it wasn’t hard at all to stick to the fast, and I certainly felt myself lighter, maybe even ‘cleaner’ – it’s hard to describe exactly – for NOT filling my head with Trump and Brexit in particular. I learned from reading longer articles on blogs and reading books. The article that first set this off said that if you really needed to know about anything your family will tell you, but Mrs Lamont steadfastly refused to answer any questions about what’s happening in the world so I gave up asking after two refusals.

There was a slight feeling of guilt, of being a ‘bad citizen’, but more of that later.

After the news fast

When it was four weeks since the start, I almost didn’t realise. When I did notice the date, I dipped my toes in the water of the iPad News app for a little while and was mildly disappointed. Trump still there, and still obnoxious, Brexit still there, Boris etc still there. More spoilers for next year’s Game of Thrones. Blah blah. More outrages about celebrities I’d never heard of. Nothing much had changed and nothing for the better. Farage back, for God’s sake. I didn’t stay long.

I thought I’d broken the addiction but in the ensuing days there have been a few binges (a binge is ten minutes or more) which leave me feeling a bit nauseous.

However, some of my reading, and particularly my viewing over the last week has kept it in perspective. No matter how unstable the world feels now, it’s nothing at all to how it must have felt in 1968, especially in America.

It wasn’t a deliberate choice as part of the news fast, but I found myself watching a lot of documentaries on Netflix. I dipped into series about the birth of hip hop and about the Rajneesh community in Oregon, but the main one that’s captured my attention is Ken Burns’s The Vietnam War. I’m still only half way through it, but it’s opened my eyes to a period of history I lived through (my early teens) but had no understanding of.

No celebrity or retired politician interviews – Burns builds his story from the stories of survivors – individual soldiers and civilians on both sides – from newsreel footage and, most revealingly, recordings of phone calls and meetings in the White House and Pentagon. A few points that have stuck with me:

Conclusions from a news fast

I did get some freedom from what I confirmed was an addictive behaviour with no real need behind it. I felt relief from the idea of focusing on the Circle of Control and limiting the Circle of Concern

At the same time, I felt vulnerable to the criticism of hiding my head in the sand, of walking away from my responsibilities as a citizen.

At the same time as I was doing this, a friend joined a political party, after a long period of deliberation. It felt like someone doing the opposite, engaging with the world in a way I’ve never contemplated. There was a voice telling me I should be out campaigning, marching, or at least signing petitions, not avoiding ‘the world’. But the mode of political thinking seems to be the same as the mode of surviving in warfare, as reported by soldiers throughout history. To survive mentally you have to dehumanise the enemy (they’re not North Vietnamese people, they’re ‘gooks’) just so you can do what you need to do. The tendency in political campaigning is the same, not just to tribalise yourself but to tribalise the opponent. You support Brexit – you must ALSO be a right-wing, free-market Tory or an ignorant racist thug. You oppose Brexit, you must ALSO be a supporter of the shadowy liberal elite who says they support democracy until democracy doesn’t go their way. And yada yada.

Want to try it?

3 thoughts on “After the news fast”