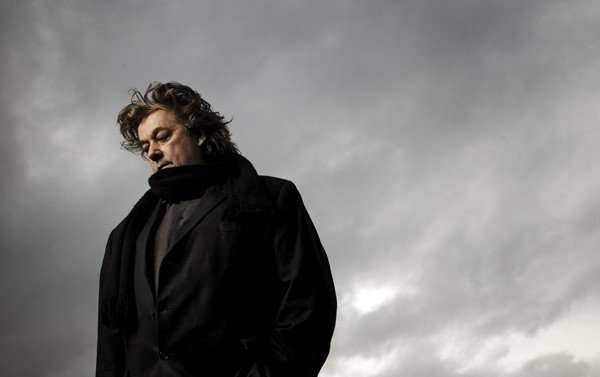 Probably the best aspect of doing this blog and writing about the musicians I love is that occasionally I get contact from other fans of the same people, with new insights.

Here’s a story I got from Tom in Glasgow presented with his permission and my thanks:

Although I was vaguely aware of Doll By Doll during their lifetime, I didn’t really discover Jackie until the mid-90s when I borrowed ’The Mystery Of Love…’ CD from my local library (where I spent a lot of time in those days) and fell for its many charms more or less instantly. Call Mother A Lonely Field, in particular, blew me away at the time, and still does.

Over the next few years, I saw Jackie perform fairly regularly in both Glasgow and Edinburgh. In 2000, I somehow managed to get tickets for a recorded performance at The Ferry in Glasgow, which was being filmed by STV. My recollection is that this was arranged specifically to provide live footage for an episode of Artery TV show dedicated to Jackie but, when I watched this again on YouTube recently, the performance segments are clearly not from the Ferry – perhaps there were technical issues on the night which made the footage unusable.

In any event, I took along a friend (there’s a separate story there I’ll tell you in a minute) and, shortly after we arrived, he bumped into a colleague – both were secondary school art teachers at the time – and introduced us. Allan is a talented painter and Jackie used a couple of his pieces for his occasional Haunted Valley live albums (later re-issued as the Haunted Year Spring-Summer-Autumn-Winter 2CD sets).

After that, I’d bump into Allan at gigs and, at some point (the precise details are lost to the mists of time), he introduced me to Jackie. As a result, the three of us would occasionally end up in the bar after a show or, in a couple of rare cases where Jackie was opening for someone else, we’d sit and watch the main act together (Canterbury’s finest, Caravan, at The Ferry springs to mind). He was marginally milder offstage but remained a masterful raconteur. And what tales he could tell, as you’ll be well aware. His real story was fascinating enough but, even in an informal setting, there was always the possibility he was merely weaving a shaggy dog-shaped yarn for added effect!

He wasn’t necessarily an artist that appealed to everyone – some ‘got’ Jackie, others didn’t. The friend who accompanied me to the Artery recording was, I learned much later, not exactly a fan. K was a musician himself, playing in some well-regarded local outfits. He’d been to a Jackie gig previously where, before the show, he had apparently expressed an interest in some aspect of Jackie’s guitar set-up. Reportedly, Jackie walked on stage and immediately said something along the lines of “Somebody was asking me about my guitar earlier…nosey b!” Now, imagining Jackie’s likely delivery of the line, I suspect I’d have been laughing so hard at that point, I’d have slipped clean off my stool. However, I can also imagine K’s response to this attack on what I’m sure had been a genuinely earnest enquiry. To his credit, he took me up on my offer of a free ticket. I think I’d recently broken up with my girlfriend so he was probably intent on being a supportive friend, whatever the personal cost, and never once hinted at his past history with the big chap – I only heard about it years later from someone else.

In 2009, I took a different girlfriend (now wife) to see him at the Tolbooth in Stirling, not fearing the worst exactly, but not entirely confident either. I needn’t have worried – she was absolutely smitten by the big charmer.

We had no way of knowing it was going to be the last time we’d see him, but his show in Woodend Bowling and Tennis Club in Glasgow in November 2010 remains one of those near-mythical experiences you talk about in hushed tones, not quite believing that you were lucky enough to have been there. He talked as much as he played, overran substantially, and yet not one soul stirred in their seats. He was, quite simply, on fire that night. As a hilariously detailed scatological tale involving a late night photo-shoot in the backstreets around Glasgow’s Central Station reached its mind-bending conclusion, I genuinely thought I was going to pass out from lack of oxygen!

In summer 2011, Jackie played at King Tut’s. We were away on holiday at the time and missed it, much to my eventual regret. We did, however, have tickets for a return visit to Woodend scheduled for later in the year that, for obvious reasons, we were eagerly anticipating. The news of his death broke just a few weeks ahead of that show. I knew that he was ill but really wasn’t aware of the severity of his situation. I don’t think many were.

He’s still missed terribly in this house even now, but the memories, ah, the memories are golden. I’m still in touch with Allan who we saw just last Friday at an event at the Aye Write book festival in Glasgow, when we sent to see another musical acquaintance of mine, Peter (aka alt-folk maestro Beerjacket), talking about his latest album which is also a book (or a book which is also an album, depending on your preference).

1 thought on “Drinking with Jackie Leven”