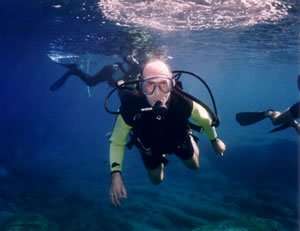 In this post I’m going to talk about my journey in marketing my music, which just means trying to bring it to the attention of people who might like it. I’ve no great achievements to point to, but I have learned from my mistakes. If you’re a musician trying to widen your audience, maybe I can help you avoid the same mistakes.  The pics are from my blog archives.

I’ve had a blog about my music for well over ten years. Or rather, I’ve had a blog for well over ten years which bundled up my music with reports on places I’ve been, books I’ve read, childhood memories, bands I’ve seen, philosophy, psychology and basically everything that crossed my mind. I used to keep it like a diary, sometimes committing for a certain period to post every day. It’s been through many looks and three blogging platforms – Grey Matter, TypePad and WordPress.

It’s taken me some time to appreciate  that this stuff would be interesting for someone who was already … interested!

In other words I would read a blog by Robert Fripp or Brian Eno or whoever because I already felt I knew something about them and wanted to know more. So if I persist in this approach I’m writing for the dozen or so people who already know me and my music and are interested in some of the stories behind it.

I have some sympathy for the Norman who adopted this approach. Part of his motivation was legacy, particularly after the death of a singer-songwriter friend. This man made a great effort when he knew he was dying to pull together his music and writing in one place.

But I realised embarrassingly late that this is not what I want. I think my music could potentially please a wider audience and I want to find that audience now.

If you decide that there could be people out there who like music similar to yours and might like yours if they heard it, that calls for a different approach. They won’t be looking for you, so you have to offer something they might be looking for. I’ll come back to that.

2. Assuming you’ll be searched for

In the olden days a band would play club after club, in the hope that they’d be ‘discovered’ – an A&R man from a major record company would approach them, chequebook and contract in hand.

Nowadays you may think you’ll be discovered online. How? Searches?

You might go into Google and search for a plumber or electrician in your area. Would you go in and look for ‘singer-songwriters’? Didn’t think so. And if you did, what would you get? Lists. There are countless thousands, maybe millions, of independent songwriters with websites. How is anyone going to accidentally discover yours? It’s not going to happen.

Some years ago I met someone who genuinely liked and respected my music and wanted to help me reach a wider audience. He thought I deserved it and offered to help, for no reward other than that he was helping.

By that time I’d put out several CDs and between us we selected the tracks we liked best for a compilation, Anywhere But Here. He then went to town promoting it on Reverbnation, aiming to bring it to number one in some of their charts. And he succeeded for a day I think, in a chart for Alternative in Edinburgh. The real aim wasn’t to get my name in the charts but to collect fans. More specifically, to build a mail list.

But after some months I realised the main way this was happening was that he was signing me up as fans of other Reverbnation artists and they were reciprocally becoming fans of mine. Sometimes the emails came to me, along the lines of ‘Hey I really love your music. Check us out at ….’ He took care of most of them. Occasionally there were some where I could tell they had actually heard my songs and were even able to describe what they liked about them. But mostly, they didn’t.

It was just a numbers game on both sides. I would send out the occasional newsletter – if I had a new song or series of gigs – to the 300 or so Reverbnation ‘fans’. If I got any responses at all, they would be from people I knew locally in ‘real life’. I thanked my friend but asked him to desist from any more of this type of activity.

Eventually as I learned more about marketing I decided to migrate my email list to MailChimp, a dedicated mailing list manager. I imported all my Reverbnation contacts – around 400 now – and sent an email to them asking if they wanted to stay on my mailing list. If I didn’t hear from them I’d remove them. That brought my list down to less than  40. A lot of them were people I know. But at least they were genuine fans.

Up till last year, I saw genre-hopping as an essential part of what I did.

My albums would happily put minimalist electronica songs after country after alt-rock after ambient. Like most of us I enjoy a wide range of music and, having received my musical education from the Incredible String Band and Paul Simon, I saw no need to pigeonhole myself.

The only time I noticed the flaw in that approach was when someone would ask ‘What kind of music do you play?’. My response was usually muddled, incoherent and considerably longer than the questioner was hoping for!

Last year I enrolled on a course called the Online Musician, one of the best investments I’ve made. I’ll write more about it another day. The tutor, Leah McHenry, emphasised how in today’s music world, which is mediated by Facebook, YouTube, Spotify and Soundcloud – not by record shops or the charts – people will search for a style of music or ‘sounds like …’.

Your job in marketing yourself is to make your music available to those searches. It doesn’t mean just labelling yourself as ‘metal’ or ‘folk’ or ‘AOR’. It means starting with a top level genre – one that already exists in Spotify, iTunes, Amazon etc, and narrowing it down so that you finish with something like ‘umbrella genre > niche > microniche’.

The most important aspects of this are

For the record, I currently view my niche as ‘folk-rock singer-songwriter with a twist of surrealism’. The point is that more people are likely to search for ‘folk-rock’ or ‘singer-songwriter’ than they are for ‘Norman Lamont’. Kinda simple when you put it that way!

5. Only talking about yourself

This follows on from the last point. People aren’t looking for you online, they’re looking for something that interests them.

If they find something relevant to their interests on Facebook or Google, and you’ve written it then to an extent there’s a connection – you’re interested in the same things. If one of those is music, they might then be interested to hear your music.

Prompted by Leah’s course and by a conversation with online marketing expert Mark Schaefer, I had a good think about the kind of music that started me playing, the music that I loved in my formative years, that music about which I became knowledgeable in the geeky way of a young man. And I figured that I may not be the only one. Mark showed me how to investigate whether people do search for information about these people (they do), and whether there’s a glut of information already (there isn’t).

Potentially people who liked the same musicians, but didn’t know much about them, might be interested in some information, and in my personal slant on them. So firstly I’m providing something people might want.

Then possibly – and we can only say possibly – they’ll be interested in the kind of music this kind of person, somewhat similar to them, makes.

These look like five mistakes but they’re really just one big mistake – preaching to the converted. The internet allows nobodies like me to build a web presence that stands alongside the ‘somebodies’ we admire. We might even do it better than some of them.

That’s fine for the people who already want to know about you. But how do you find new people?

Finding fans is in some ways the same as a business finding clients or customers. You either solve a problem they have, or you offer them something that meets what they’re already interested in and put it in the places they’re likely to see it (for me Google and Facebook – for others it might be Twitter, Instagram, whatever. Don’t spread your efforts too thin.)