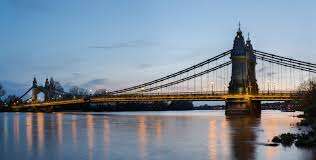 This song has quite a long history. When I was teaching English in Cairo in the 70s, some friends – Rodney Blakeston and Andy Harper – and I decided to write some songs to teach points of English grammar, usage and vocabulary. A group called the English Teaching Theatre had made a good job for themselves with a collection called Mr Monday, and got to tour language schools all over the world, so we fancied a bit of that pie. We wrote about half a dozen songs, including Invitations (forms like ‘Would you like to …?’ and ‘I’m afraid I’m busy..’), Marie (a doomed love affair song with lots of ‘If I had … I would have …’), It Doesn’t Work (a Chuck Berry-style catalogue of household things going wrong, even beginning ‘When I woke up this morning …’). We recorded it on a couple of ghetto blaster cassette recorders and called it Roll Over Mr Monday. They were pretty catchy and I can remember most of them even now. The students loved them too.

As the years went on and we never ended up touring language schools with the English Teaching Theatre, I repurposed a couple of the songs. One jovial pop song ‘What do you do when there’s nothing to do?’ became a story of two punk girls on a destructive rampage against everything I happened to dislike at the time. One of my favourite rhymes:

Jennifer robbed a bank with her good friend Hilary
Jennifer bought herself a tank and Hilary, artillery.

They end up signing their names on a shell before using it to destroy the offices of The Sun, and starting a charity phone-in to raise money for weapons to challenge the USA. Sadly no recording of this remains and I can’t remember all the lyrics.

Another one was Same Old Mirror Same Old Face, which went through someone’s day illustrating the different present tenses used in English. One evening in London I found myself walking from Hammersmith to Barnes in a beautiful summer twilight, washed by a gentle drizzle and started making up new words to that song.

Head in clouds, hands in pockets

Was pretty much the way I felt, enjoying every minute despite pangs of loneliness.