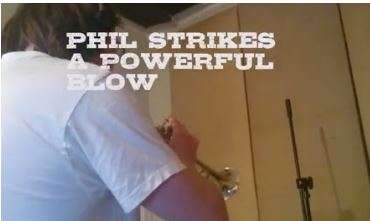 It may look like nothing’s happening but it is!  First of all we have a title: In Another Life. This album will be lighter and friendlier in tone than my previous two, and more acoustic.

We’ve finally finished the recording phase, with Phil Ramsay’s inspired trumpet parts gracing four songs – You Made Me Do It, Had, Bamboo and Bob Dylan.  Gerry Callaghan and I are now working on the edits. Two songs – Goodbye Song and End of Tears are now mixed and edited. What we need to do now is listen to them on phones, in cars, on hifis and round a corner, rather than on studio speakers.

We’ll then go for mastering, zazzing them up so they sound good on radio, not half the volume of the song immediately preceding them.

At the same time, I’m working towards album artwork. In order to be ready for that I need photos. We’ll be working with photographer Philippe Monthoux who’s already taken some dazzling pics of some musician friends.

Another project under way is a video for End of Tears. We’re working with Terry Dray on this and some of it’s in the can already. It’ll be a story with actors, not just us playing in a pub.  The story gives a completely opposite, but fully consistent, interpretation of the lyrics.

I’m really keen that this album is as good as it can be, so I’m not rushing anything. But I’m confident it’ll be available during the summer.

Here’s Phil Ramsay striking a powerful blow in the studio:

*My art teacher at school, on being presented with my latest still life: “Very good, Lamont. It looks best if you view it with your eyes half closed … and maybe round a corner.”