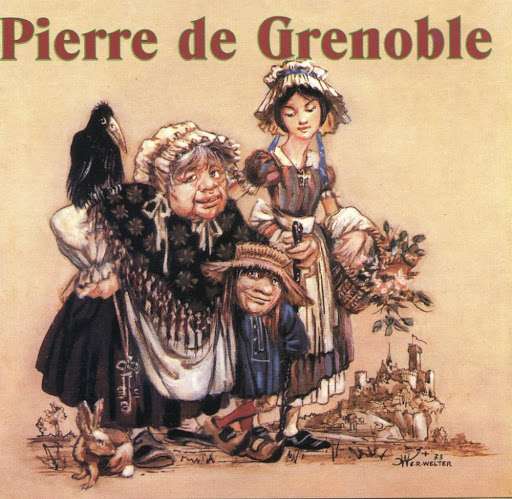 Having a trawl through my archive vault deep underground, protected by fearsome robot warriors and smelling faintly of disinfectant, I came across this from The Village pub in Leith a couple of Christmases ago. Three quiet acoustic cover versions of songs I’d loved for a long time but never played until that night.

The Iron Stone was written by Robin Williamson for the Incredible String Band album Wee Tam and the Big Huge. It’s written from the point of view of a child finding a stone – presumably a meteor – on the beach and the stories his child’s imagination spins around it. Williamson, now in his 70s, recently posted on Facebook a photo of the actual stone, which he’s kept for all these years.

Pierre de Grenoble was a song I originally heard on an album of the same title by Gabriel and Marie Yacoub in 1975. They went on to form France’s foremost folk-prog group Malicorne, and the song featured regularly in Malicorne’s live set. Pierre from Grenoble is sent to war and his lover pines for him. When her second letter arrives tear-stained, he asks his captain for leave to go back and see her. Surprisingly this is granted, but when he reaches the hills above Grenoble, he hears the bell toll for her funeral. He asks the pall-bearers to let him kiss her one last time, whereupon he dies, and they are buried side by side.

Christmas On Earth is from Momus’s 1993 album Timelord. Taking considerable artistic licence with astronomical terms like light-years and the sounds of asteroids, he ponders the emotions of an astronaut travelling at light speed, for whom time passes more slowly than for those left behind. Thinking of Christmasses he has known, he realises all the friends he remembers will be long dead by the time he returns. All this to a gorgeous melody and chord sequence.