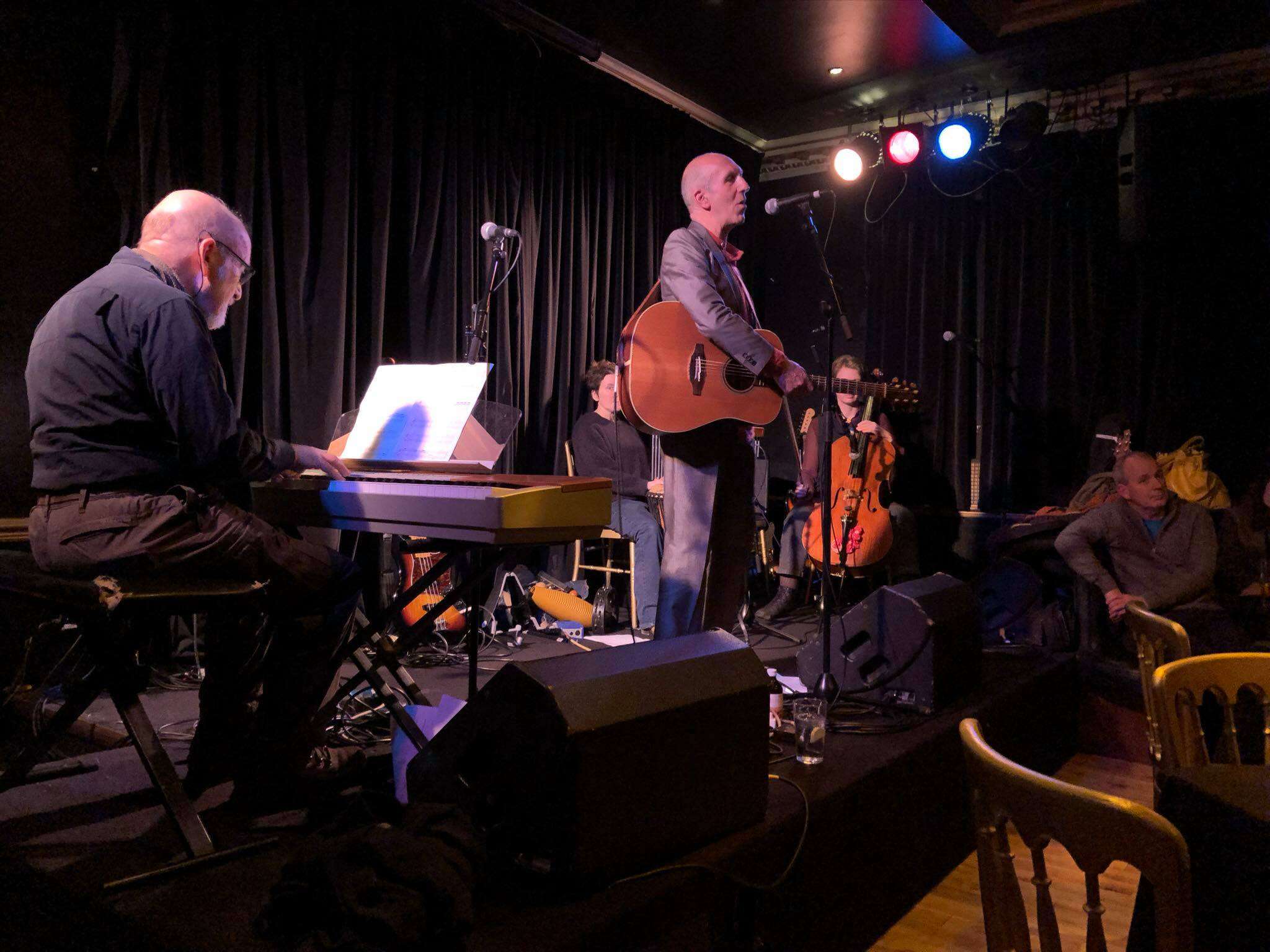 Ask me (as in Jim asks me some questions)

Last week Jim Welsh, a presenter on Summerhall Radio, invited me to talk about the new album and play some tracks on his show. I couldn’t come the day of his show so he had me in another day for a special – I felt privileged! Here it is.

Here’s the first of a few videos from the Ten Objects launch. Don’t Ask Me features Jim Bryce on piano and Sarah Whiteside on cello. Suzy Cargill was onstage and nobly contributed silence.

That launch night and the euphoria I experienced after it seems so far away now! I’ve got nothing done this week as I’ve been down with a malady eventually diagnosed as gastro-enteritis, which forced me to pull out of a gig I was really looking forward to, a benefit for Freedom from Torture. But this stuff is contagious so me turning up wouldn’t have been to anyone’s benefit!

Hope you enjoy Don’t Ask Me.