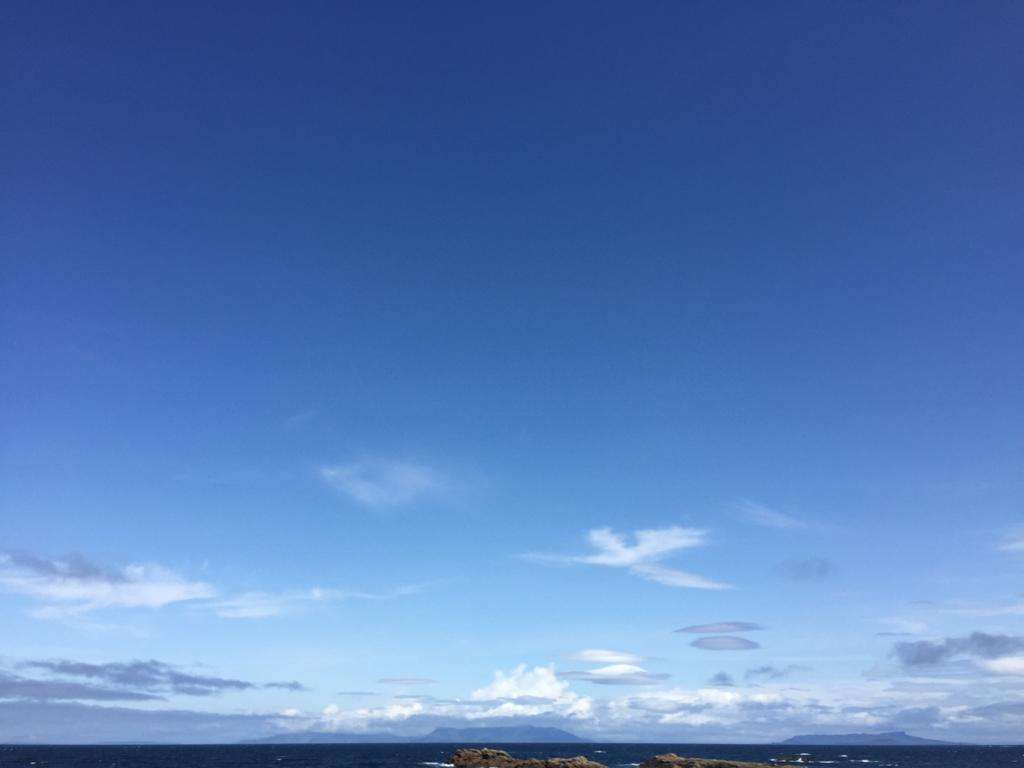 Last week I had a gig on the Isle of Coll. Or rather I didn’t. But it was OK. Here’s the story …

A bit of background. For the last year or two I’ve been trying to build towards a tour of small venues in the Scottish Highlands. The appeal was pretty romantic – driving through the unrivalled Scottish scenery to small, friendly local venues where, I hoped, there weren’t many performances by singer-songwriters. Pretty much as it’s expressed in this promo video by the Touring Network. I had the dream before I saw this, but seeing this pretty much confirmed it for me.

I joined the Touring Network in 2018 to further this project, hoping first for a solo tour then to get the band some gigs in the Highlands. The staff there were encouraging and membership provides you with a list of venue managers and local promoters to contact plus an online portfolio for the performer to demonstrate their wares. They’re more aimed at theatre companies than solo musicians but I gave it a go anyway. I attended their annual conference, The Gathering, in Forres, where I was able to meet many of the local promoters. The majority are part-time or even unpaid, looking after a small hall in a small town and trying to put on events that will draw enough people to break even or sustain the venue. The message I got back fairly unequivocally was ‘If you’re not well known already, forget it. It’s sometimes hard to fill a hall even for famous artists and we just can’t take a chance on someone nobody’s heard of.’ This was said by various people in various ways, mostly kindly, sometimes with a ‘tough but there it is’ shrug. Still, I wanted to keep it in front of me as a way both to explore a country I hardly know, and to find an audience for something other than live background music in an Edinburgh pub.

Still set on the dream I persisted in keeping up email correspondence with some of the more sympathetic characters I’d met and those willing to at least talk to me.

Finally Jane, the manager of An Cridhe (The Heart) on the Isle of Coll worked out a way to make it viable, based on me hiring the hall for a low cost, and getting the majority of takings on the night, and she doing publicity and support. She was consistently interested and helpful after we settled on a date in August. I couldn’t have asked for anyone better to help me into this new type of performance. We started talking in autumn 2018, set the date in April and continued to correspond. As it approached over the last two weeks I worked and reworked my set list, trying to balance ‘sensitive’ with ‘amusing’ in a relaxed flow. Madame decided to join me for the experience and we set off last week on the ferry from Oban, a two and a half hour crossing in fine weather, in contrast to the drubbing the rest of the country was getting. A friend of mine from Edinburgh also decided to use the opportunity to take a cycling holiday in Coll and Tiree so I knew there would be one more friendly face.

When we met Jane and her partner Tim, however, Jane had dire news. On the same night I was playing, there would be a golden wedding party in the hotel. This was the only hotel – the only bar – in the only village on Coll and everyone would be there! Of course, no way we could have known this when we fixed the date. I should by rights have felt devastated, but already the kindness and hospitality of Jane and Tim, and the sheer beauty and calm of the place had penetrated my heart.

On Wednesday morning, the day of the gig, Tim drove us round the island and its stunning beaches and views, in glowing summer colours, and I felt that even if I never got to play it was already worth coming. Tim knows everyone on the island and was a great storyteller.

In the afternoon we set up tables and seating for about 15 – an optimistic number – in the beautiful hall at An Cridhe, sound-checked and waited. By 7:30, the starting time, we had Jane, Tim, Madame, and Claire from Edinburgh. We waited till 7:50 then I performed a token couple of songs and we packed everything away. Just after 8, a couple arrived from the hotel, having been delayed waiting for dinner as the hotel staff were under pressure from the golden wedding. Damn! That would have been a viable audience of six! The guy said he’d seen my blurb on the website that mentioned songs about ‘meeting Bob Dylan and unorthodox eye transplants’ the latter referring to the song New Eyes. He was interested in the song because he was an eye surgeon! File under ‘couldn’t make it up’ and ignore the fact I’d decided to drop New Eyes from the setlist so he wouldn’t have heard it anyway! I hope he comes to the website and hears it here.

We went up the hotel with Tim and Jane, the dinner rush having passed and had an excellent meal. Yes, I felt disappointed but somehow a combination of knowing the objective reason for the failure had nothing to do with me, and just the joy of being there at all meant it didn’t really hurt the way I would have expected it to. We were like typical ‘townies’ – amused that sheep roam the main street as freely as people, and that nobody locks doors or cars. It’s not always idyllic of course – there’s a dwindling population of children and possibilities of livelihood, poor internet connections (I had none), and it costs over £90 to take your car to the mainland and back! But most people who’ve moved there love it and there’s a strong sense of community – for example, the two shops in the village stocking different things so they’re not in direct competition.

The next morning, walking through the village, we met another couple who recognised me from the poster and said they’d intended to come but setting up their tent had taken longer than expected. They guy was the drummer of a band (Dr Hip and the Blues Operation) who gigged up and down the west coast and confirmed that village audiences were very hard to predict and rely on. So I nearly had an audience of eight!

We were sorry to leave Jane and Tim and the island, and resolved to come back, whether to play or not.

Where does this leave my touring ambitions? Pretty much in limbo – it confirms in some ways what I was told by the other promoters, and why they’re risk-averse. I’ll keep trying, maybe do some free gigs in places I’d like to target. But one thing it did confirm for me is that I want to do it, more than I did before, now that I’ve got a taste for these remote, stunning places and the kind of gig experience you could have if you just got the right people round you in a small hall.

Here are some souvenirs of Coll.

2 thoughts on “Coll Back, Fall Back”