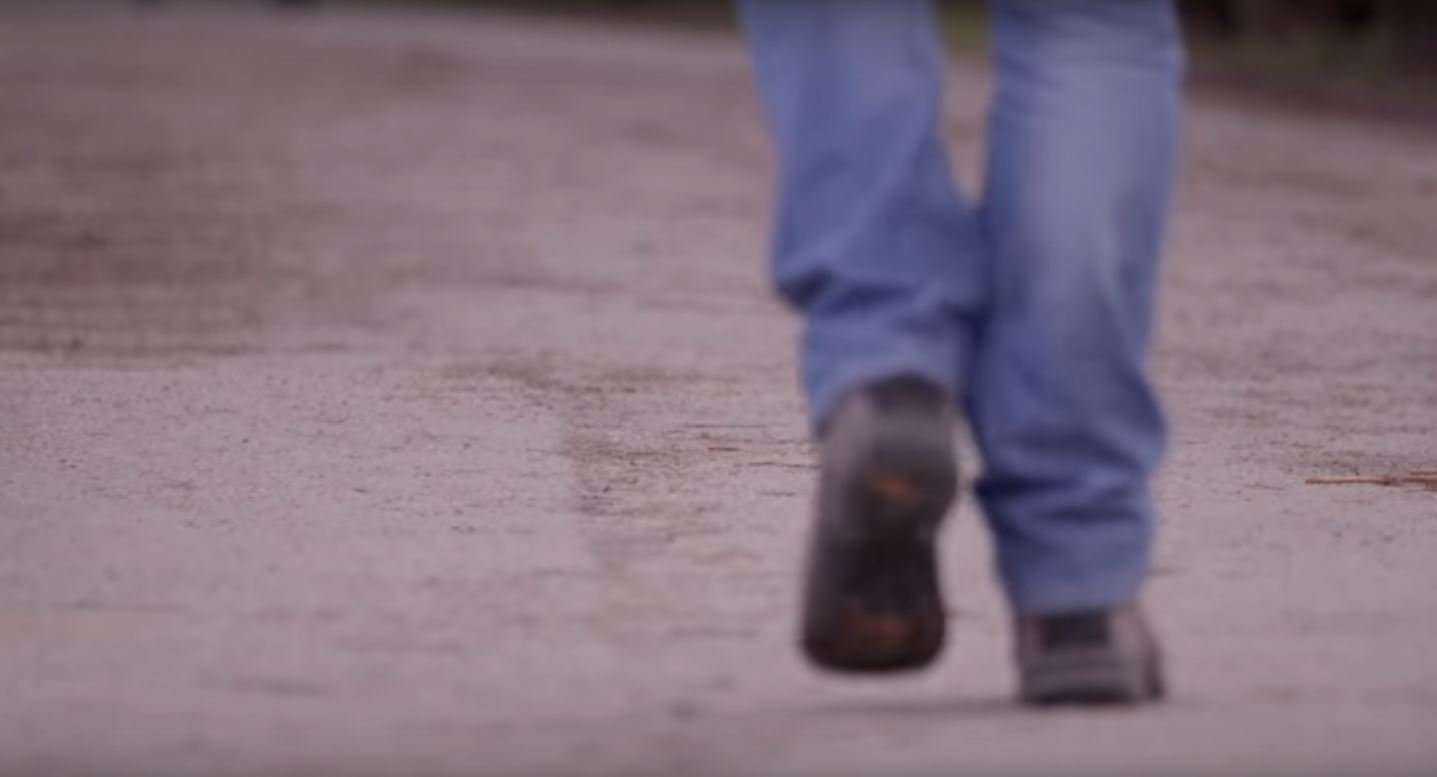 I remember a quote attributed to Bob Dylan about songwriting although I’ve never been able to verify it:

Q: How do you write a song?

The weather’s been glorious and I heard it’s going to break tomorrow so I decided to put work aside and get out for a walk while it lasted. I set out from a local car park along a forest path. I’ve made up some of my best songs on walks and haven’t done it for a while so I decided to make one up as I was walking.

But where to begin?

Sometimes I’ve had good results in the past starting with a well-known song and gradually adapting it until nothing remains of the original but the memory of where I started. I decided to do that today and the first song that came to mind was a hit from the 1960s. That would do, I thought: it’s short, I know it off by heart and it’s universally popular. It’ll do as skeleton to build on.

Mentally I scanned the song beginning to end, picking out a structure:

I didn’t do it as comprehensively as that, just an overview of what ‘bits’ there were – instrumental passages, verses, pre-chorus, chorus and so on.

I listened to the first verse in my head. What could I do with that? That’s where my first big break came. I had a title in my mental file of ‘titles to use for songs one day’  which, when I thought about it, fitted the metre of the original song’s title exactly. That came at the end of each verse preceded by two rhyming lines, a couplet.

With that momentum, it was quite easily to come up with my first couplet, completing with the title, then another. Mentally I was still singing something like the original melody.

I now turned my attention to the pre-chorus and found a tune to sing that somewhat followed the original but was further removed – if you heard it I don’t think you would know the original song from it. By now I was humming it and quietly singing it as I walked along the empty path.

For the next 15 minutes or so, I just played around with more rhyming couplets following the theme the title gave me, each one ending in a repetition of the title. I found a different lyric for the pre-chorus so I now had two. The chorus fitted the same structure as the verse so I mentally marked some couplets as better than others and thus more suitable for the chorus. What had been a ‘big’ challenge, writing a song, had now shrunk to a ‘small’ challenge – writing another couplet to fit.

By now I was aware that I would forget a lot of these. In fact after 25 minutes walking I had already forgotten some of the first couplets I came up with. I tried a Notes app on my phone to sing into, hopefully looking like I was making a call as I passed people by. After a couple I found that wouldn’t work as my ear was touching the screen right at the record/stop button on screen and cutting off the recording as soon as I started!

I switched to Evernote and the same thing happened. There was nothing for it but to hold the phone in front of my mouth as if dictating. That made me feel a bit self-conscious but most of the time nobody was around. When someone was passing I put it away!

Now I was feeling more comfortable with the song and, although I had forgotten some couplets I knew I could make up more. I turned and started retracing my steps, pausing every time I thought of a new couplet to sing it quietly into the phone. By now I was sure which one would be the chorus and main hook of the song, it was just a case of getting as many recorded as I could so I could screen them for quality on another occasion. Don’t let the editor’s mind interfere with the creative process – editing comes later.

Another task I set myself for the walk back to the car was to find a new melody for the verse, which still pretty much followed that very recognisable 1960s hit. I thought I could probably defer that until I brought it to guitar – by changing the chords I could change the melody. But I wanted to see what I could do purely in my imagination so I pictured the melody, its rising and falling shape. What if I reversed it? It was hard to do with any precision but I got an idea of a melody that started with the last note and worked its way roughly towards the first. It sounded like a new melody. I couldn’t manage to do it note for note but I knew it could be done when I got home, either in manuscript or in MIDI.

What have I got?

I came home and had lunch. Predictably I could remember only a few parts of the new song. But I do have twelve audio files in Evernote to remind me of some of the song. I should be able to piece something together from that, then write more to fill it out.

In songwriting as in so many arts, the hardest thing to do is to get started. This is one way and it worked for me today.

(I wrote this ten days ago. I haven’t done anything with it yet, but the friend I was thinking of is back from holiday so that might be next week’s task.  When I have a first draft I’ll update this post with it, and spill the beans about what the original hit was.  In the meantime, here’s a video in the same theme.)