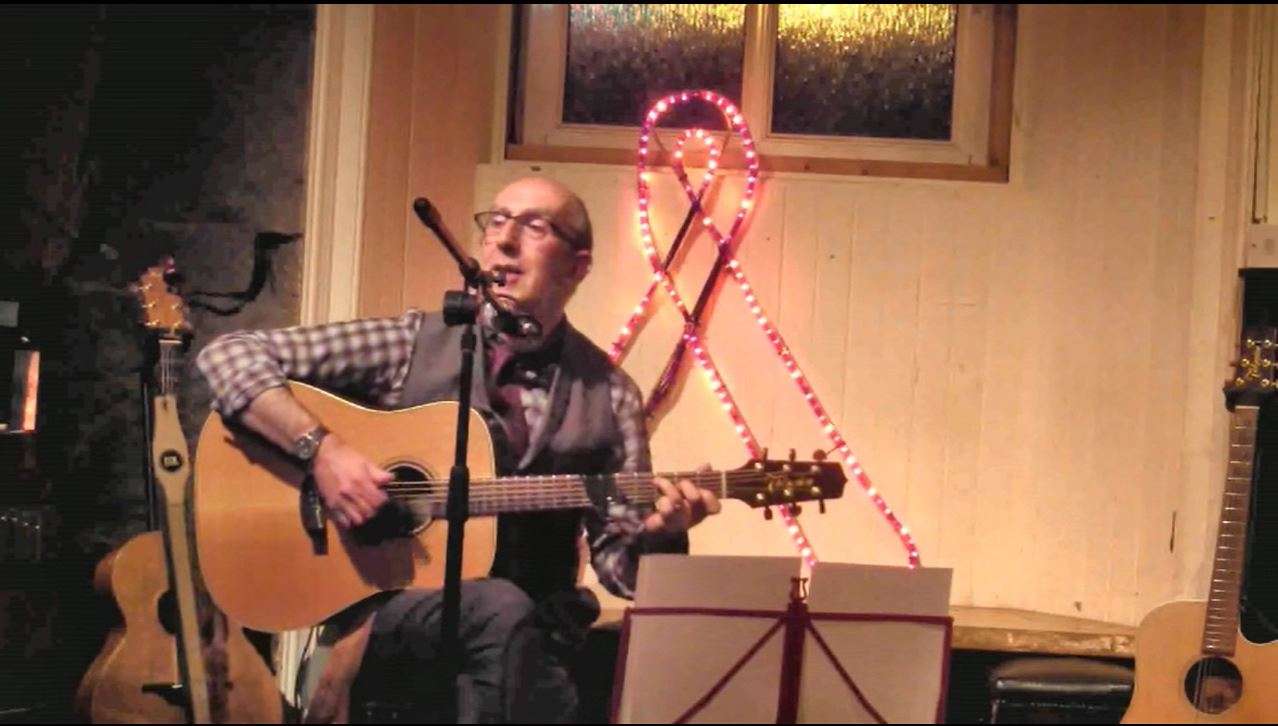 If I Could Be With You (live)

At the Village last week I tried out some of the songs from the acoustic album which Gerry and I are working on. Here’s If I Could Be With You, with a preamble that surprised me even as I was talking.

Stuck To Your Name

This is a product of my current campaign to complete all the unfinished recordings on my PC (or, if not worth completing, delete them).  This one started life as a recording of a folk song in 2003.  I did a version of The Snow It Melts The Soonest for my friend Alison Tunnicliffe, who was playing violin for me at the time. Years later I listened to the backing track and thought I could imagine a new song over the same track. Trouble was, I didn’t have the original sounds or tracks, which were done in FL Studio. I could rescue part of the file but much of it was consolidated, so there was a limit to what instruments I could treat individually. So I took that restriction as a creative tool and decided to add as few elements as possible and make it a new song.  It languished unfinished for many years until last month.

The video was quick to make. Like Box of Tricks, I used public domain footage from American newsreels and educational film and like the previous one, snippets just seemed to very easily fall in the ‘right’ places in the song.

I hope you like one of these at least. Let me know!