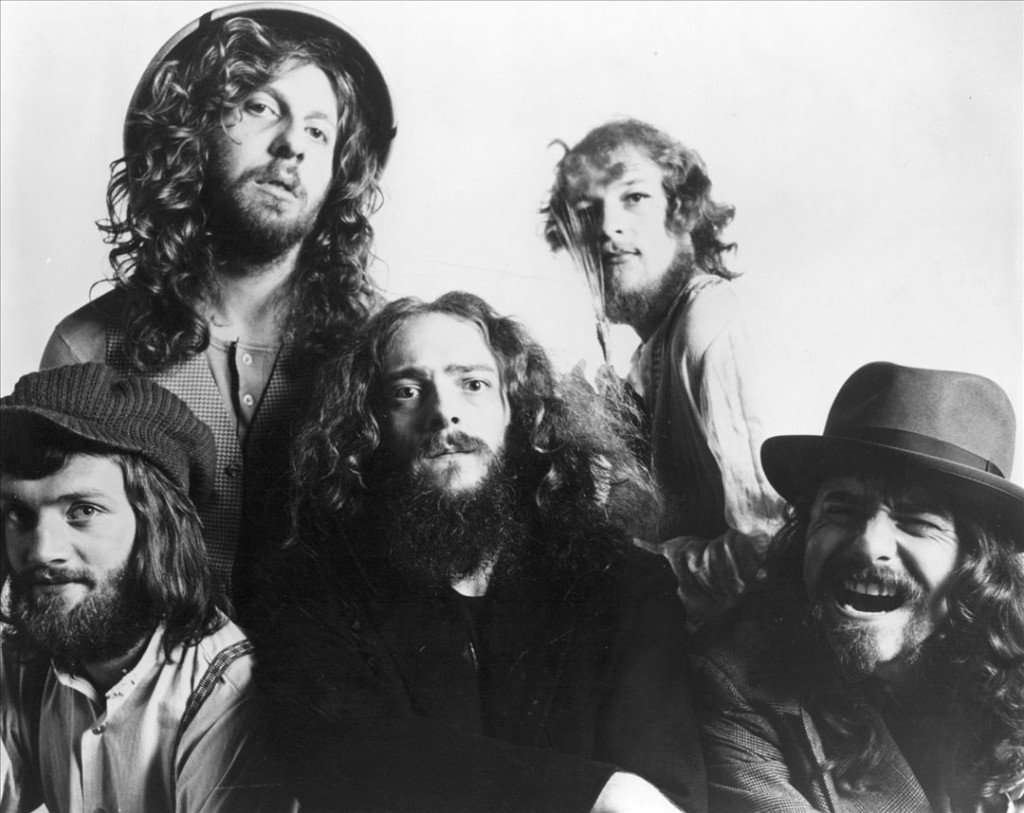 Like a drooling maniac in a dirty old man coat, Ian Anderson’s Jethro Tull managed for a brief time to unite the prog heads and Top of the Pops boppers with some exquisite singles that still sound fresh today.

I first heard a Jethro Tull song some time before I’d heard them. I saw a local cover band a few times in the late 60s who played Cream and Hendrix and a lot of stuff I didn’t know, being a folkie. One song had a slightly jazzier feel than rest of the riff-based plodders. Later in the first open air rock concert in Ayr (shut down prematurely due to protests from neighbours quarter of a mile away across the Low Green), I saw Tear Gas, a Glasgow blues band, play the same song, which a friend told me was Jethro Tull’s Song for Jeffrey. (Not long afterwards Tear Gas met an older singer/guitarist called Alex Harvey who invited them to become his band, and dubbed them Sensational. But that’s another story.)

Now I knew the name Jethro Tull. I knew it from school history lessons. He invented some sort of horse-drawn seed drill that revolutionised farming in the year 1700. A revolutionary inventor, no less. I thought it odd that the kinds of young people who would paint graffiti on walls in Ayr would be minded to create a tribute to this hero of the Agricultural Revolution, but as a young teenager I just counted it among the Wealth of Things I Don’t Understand. The same graffiti artists, after all, had painted the name of a dinosaur, Tyrannosaurus Rex, along the seafront.

Now I learned there was a band by that name. They were part of the ‘heavy’ scene I was just coming to know – it wasn’t quite being called ‘progressive’ yet. To be honest I wasn’t that interested at the time, my tastes tending toward the acoustic and folky.

So my real introduction to Jethro Tull was their first appearance on Top of the Pops. Had the term WTF been coined at the time, this would have been a WTF moment. A bug-eyed, degenerate-looking Ian Anderson flailing around, drooling with malicious delight at the camera, then stopping to play flute standing on one leg. I’d never heard the flute played with ferocity before, I would have thought that a contradiction in terms, but there it was. But that came later. The introduction and buildup to the song was mellow, jazzy, and intriguing. Not ‘heavy’ or riff-based, not even guitar-based. It was different. 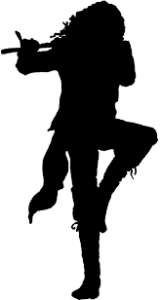 We didn’t think of it as personal branding in those days but Tull quickly achieved a brand – ‘the singer plays the flute standing on one leg’. Of course that wasn’t everything about them: they were all fine musicians, the songs were both catchy and rewarding of deeper attention. But it gave people a hook to hang them on. Without it they might have been ‘slightly proggy-jazzy rock with a flute’.

The branding has remained consistent through the years.

The first hit was Living In the Past, and an unlikely hit it was, with its long introduction in 5/4 time, no singing until 40 seconds into the song, mellow jazz flute and not much of a chorus. But someone at the BBC must have seen them live and decided they’d liven up Top of the Pops (virtually the only place to see a band on TV in those days), and it quickly hit no3 in the charts. Sadly this isn’t the original appearance, it looks like sometime in the 70s.

They then followed through with a series of great singles between 1970 and 1972. Sweet Dream was rockier, based on guitar rather than flute, with a stirring orchestration of strings and brass and mid-song breakdown reminiscent of the ‘handclap’ section of Bowie’s Space Oddity, then quite a recent hit. Sweet Dream has a place in my top five singles of all time.  The Witch’s Promise and Life Is A Long Song showed Anderson moving away from prog to a folkier sound, based on acoustic guitar and flute.

The brilliance of Sweet Dream

As members came and went, it became clear that Ian Anderson was, to all intent and purposes, Jethro Tull. Some fans, even a DJ, thought Jethro Tull was his name. Anderson was the writer, arranger and producer and visual designer. Their albums sold well, with Aqualung being their album calling-card, still revered by prog fans and many more to this day.

Anderson was a restless writer, always trying to stretch himself. Denying that Aqualung was a concept album, he wrote a pure concept album in 1972, Thick As A Brick, virtually gap-free over two sides of vinyl. The story, supposedly a poem by an advanced 8-year-old Gerald Bostock, continued onto an elaborate fake newspaper album cover. Despite its ambition it sold well, and a live show where they played the entire album complete with comedy sketches, followed by a short set of hits and Aqualung songs, was a sell-out. A followup concept album A Passion Play, was universally panned by critics as incomprehensible.

Still standing (not on one leg)

Since the heyday of Jethro Tull, Anderson has consistently produced new music. These have borne his name or the Tull name and have ranged from rock to semi-classical to ambient. He has often revisited earlier work, even releasing a followup to Thick As A Brick in 2012 under his own name. He’s currently promoting string quartet versions of classic Tull songs.

Another thrilling tale of my brushes with the stars. At a party in Glasgow in the early 70s, I met an older ‘hippy chic’ woman, through a fug of dope smoke. She told me she made her living making boots. Where did she sell them, I asked. ‘Oh, I don’t sell them anywhere. I just make them for one guy.’ ‘Who?’ ‘Ian Anderson of Jethro Tull. I make his stage boots.’

I saw Tull in Glasgow a couple of times. One time – it may have been for Thick As A Brick – there was an extra layer of theatricality. We were all used to the ‘roadies cabaret’ where guys in black teeshirts would carefully check each mic and drum and guitar for what seemed like slowed-down hours before the lights went down and the band came on. Tull’s roadies all wore flat caps and long raincoats. It was something different to talk about for little of the waiting time. The lights went down and the raincoat roadies were still milling around. Suddenly five of them threw off the raincoats, the lights went up and there was Anderson and the rest of the band jumping and leering. One of the best concert kick-offs ever!